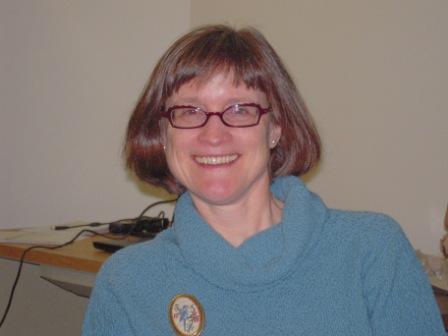 Margaret Ormes, NatureServe’s Director of Science Information Resources, has been with the company since its inception, and oversees data management for the Botany, Ecology, and Zoology programs. She manages the exchange of data with NatureServe’s 86 member programs. Margaret’s roles also extend to that of Project Manager for zoology-focused projects. She has previously worked on conservation status assessments for northeastern bumble bees in 2013, North American mason bees in 2015, and leaf cutter bees in 2016.

In 2010, Margaret coordinated the development and update of NatureServe’s watershed distribution maps for freshwater mussels and freshwater fishes of the United States. Prior to that, she managed the update of selected taxonomic groups for the Integrated Taxonomic Information System (ITIS,) which is a key taxonomic source for federal agencies and the public. Margaret has a B.A. in Biology from Colorado College, and 30 years of experience working with conservation data and the network of natural heritage programs.