NatureServe's Biodiversity Without Boundaries (BWB) conference convenes some of the greatest minds in conservation science—from the Great White North to the species-rich mountains and valleys of the Central Andes—to celebrate successes, collaborate on new initiatives, share innovations, and design the future.

A must-attend for conservation scientists & professionals 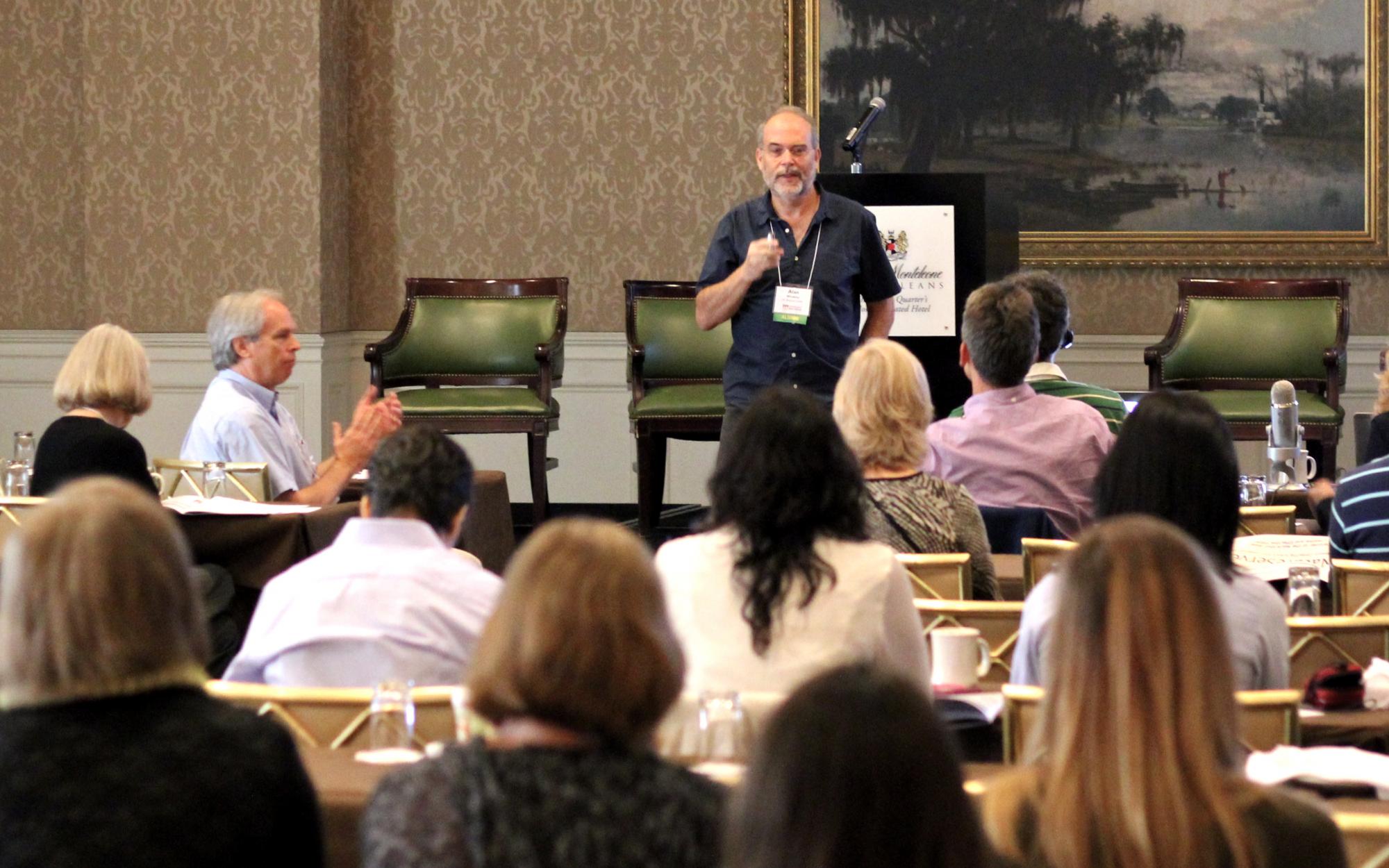 Biodiversity Without Boundaries puts some of the most important scientific breakthroughs on display to an audience that includes scientists from more than 100 natural heritage programs and conservation data centres, plus scores of government agencies, leading academic institutions, and fellow conservation organizations. This diverse mix fills the niche between academic meetings and policy-centric conferences.

Dozens of interactive workshops, symposiums, and panels comprise the heart of the agenda, sessions that tackle the most pressing topics facing conservation science today—as well as those approaching fast over the horizon.

The conference also gives our Network the opportunity to recognize pioneering work in conservation science. Learn more about the awards and past winners.

The NatureServe Biodiversity Without Boundaries 2021 Conference has gone virtual! Join us for four days of sessions featuring leading scientists, policy makers, and more.

In lieu of an in-person conference, BWB 2020 took place in an online webinar series featuring scientific experts from around the NatureServe Network. With more than 100 attendees at each session, the event was successful at keeping our network connected despite the physical challenges of 2020. Watch the recordings from Virtual BWB.

The NatureServe network’s week in New Orleans brought together more than 200 global leaders in conservation science to share innovations and partner on new initiatives, steeping attendees in messages on the importance of collaboration, the transformative power of wonder, and a deepened call to better define who we are and why we endeavor as we do. Learn more about BWB 2014.

Biodiversity Without Boundaries in Charm City was a smashing success. The highly regarded gathering of scientists, resource managers, data managers, decision-makers, and all-around solution-finders was a can't-miss event for biodiversity conservation professionals. Browse the agenda and presentations.

This year's conference set records in both attendance and enthusiasm. Exploring everything from Ecosystem Services and the Assessments Landscape to the latest in biodiversity data management, BWB 2012 provided a rich array of opportunities to form and refresh both solutions and relationships. Browse the agenda and presentations.

Amid the rolling hills and rich bottomland fields of southeast Nebraska, conservation leaders, thinkers, and practitioners gathered to exchange knowledge, share innovations, and bolster their ties to the network. Paying particular attention to issues prevalent in the Midwest region, BWB 2011 brought together an international scope with a local view.

The United Nations declared 2010 the International Year of Biodiversity in order to “showcase the contribution of research to the understanding of biodiversity and to policies and management practices that help to stop its loss.” Biodiversity Without Boundaries 2010 brought together conservation leaders, thinkers, and practitioners from across political and organizational boundaries for a stimulating conference that showcased the same.