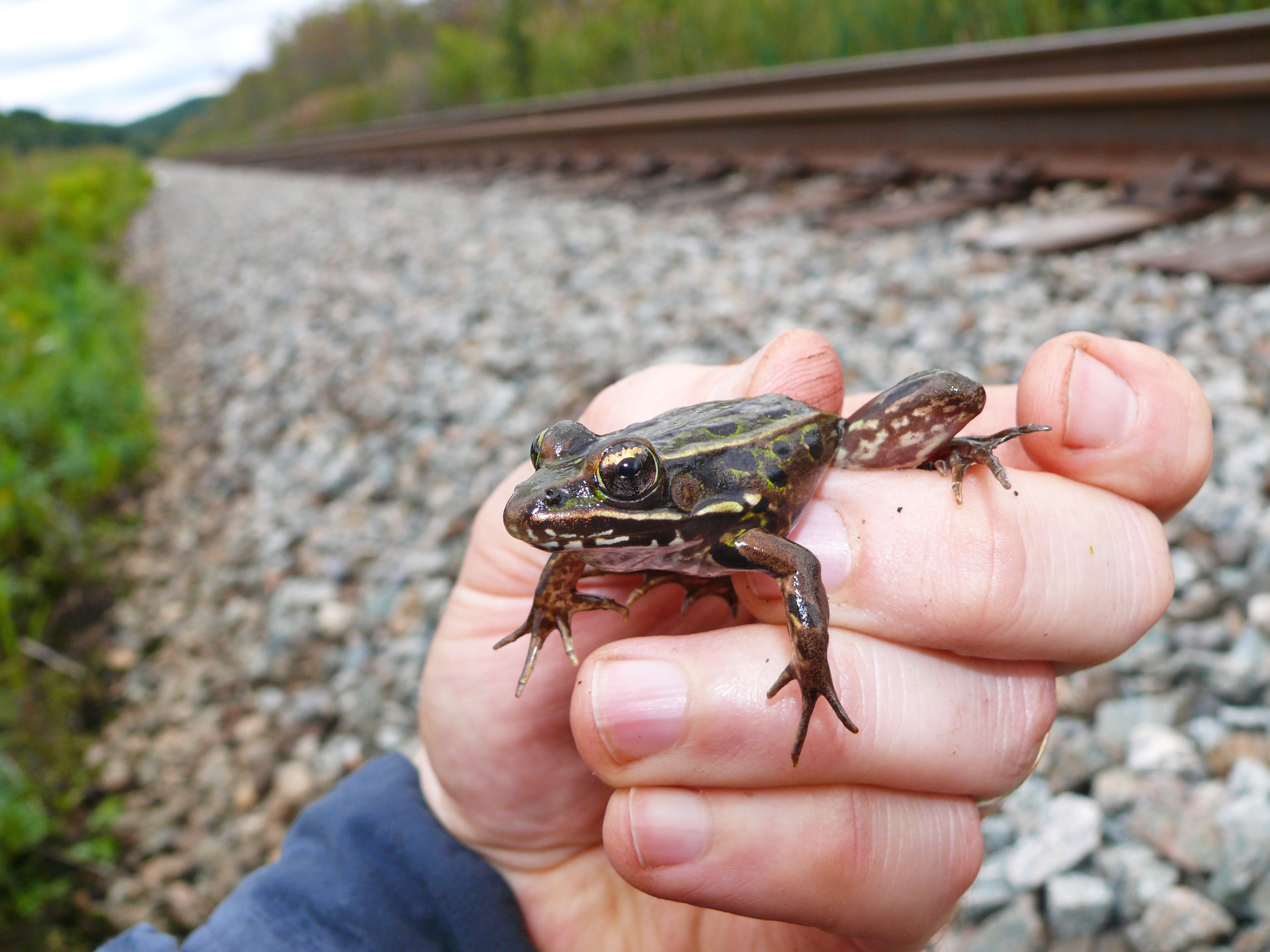 Back in 2012, the team of biologists that had discovered a wholly new species of leopard frog was wrapping up the first phase of their work. Genetic testing was complete; the morphology assessment was well underway.

Excitement over the discovery erupted after publication that year of their paper announcing that a new species—with its curious croak—had been living in plain sight in parts of New York, New Jersey, and Staten Island.

That was the extent, they thought, of the as-yet-unnamed species.

But then, spurred by a blitz of media attention, came an influx of audio files from across the mid-Atlantic as one herpetologist after another sent in recordings of frog mating calls.

So now, as the team readies a second report on the new species, they are convinced its range is not confined to four pockets in and around New York City. It is instead, they say, scattered across the Eastern Seaboard, predominantly coastal areas and large river valleys from as far afield as North Carolina and Massachusetts.

“It’s been really eye-opening,” says Matt Schlesinger, chief zoologist for the New York Natural Heritage Program, who has helped turn the New York-centric search into this broader quest. “It speaks to the importance of regional collaborations, of looking beyond state borders.”

Genetic data show clear-cut distinctions. And though difficult for even a trained eye to discern, the unnamed species differs in spotting patterns, snout angle ratios, eardrum diameter—11 measurements in all that help distinguish it from its northern and southern cousins.

“There are a lot of interspecific differences among these leopard frog species. We’re still trying to figure out [how] we can show it in a field guide and say, ‘This is what makes it different from the other two,’” says Schlesinger. “We’re doing the very basics of the science of this new species, which is exciting because you don’t get to do that very often.”

Schlesinger was instrumental to the bio-acoustical analysis that parsed out the new species's sonic signature. That is where the most obvious distinction lay: in its call, which Schlesinger describes as a repeated chuck, punctuated occasionally with a brief snore—a sound more akin to a wood frog, he says, than to the northern and southern leopard frogs.

The effort dates back a half-decade, when Jeremy A. Feinberg first noticed the distinctive call during fieldwork to determine why leopard frogs had disappeared from Long Island, the research for his doctoral dissertation at Rutgers University. Genetic testing started in 2010 via the University of California-Davis. In the subsequent 2012 article—published in Molecular Phylogenetics and Evolution—nuclear and mitochondrial data identify new, genetically distinct leopard frogs in four populations in northern New Jersey, southeastern New York, and Staten Island.

The New York Times, CNN, and Mother Jones were among the news outlets clamoring to cover the rare event of a new vertebrate species, let alone one discovered in a heavily urban area.

In the ensuing two years, Feinberg, Schlesinger, and the rest of the team delved into fine-scaled sampling and analyses of the new frog’s ecology, behavior, vocalizations, and morphology. The forthcoming second article will be submitted for publication “any day now,” Schlesinger says. It will enumerate those differences, establish taxonomy, and suggest a scientific and common name.

The next phase is already underway thanks to funding from the Northeast Regional Conservation Needs Grant Program. The nine-state coalition Schlesinger helped bring together—which includes NatureServe members Jacob Kubel from the Massachusetts Natural Heritage & Endangered Species Program, and Kathy Gipe and Chris Urban from the Pennsylvania Natural Heritage Program—is conducting frog-call surveys, photographic and habitat analyses, and genetic testing this spring and next. The primary goal is to match the disparate call recordings with their corresponding morphological and genetic data.

“The study we’re engaged in now is what’s really going to tell us if this is all true range-wide,” Schlesinger said.

There is no sense yet of how big the population is or its exact range—or whether there’s additional diversity awaiting to be uncovered. So until this third phase wraps up at the end of next year, they’re not counting their (frog) eggs before they hatch.

“It seems to be rare in parts of its range—like in New York—and it seems to be quite common in other parts—like Virginia,” Schlesinger says. “It has this bizarre, restricted, narrow range so it’s too soon to say whether it’s secure, but it’s comforting that it has a wider range than we initially thought.”

As for the long-awaited name, Schlesinger is keeping mum.

“It’s nothing too sexy,” he said, “but there is a chosen favorite.” 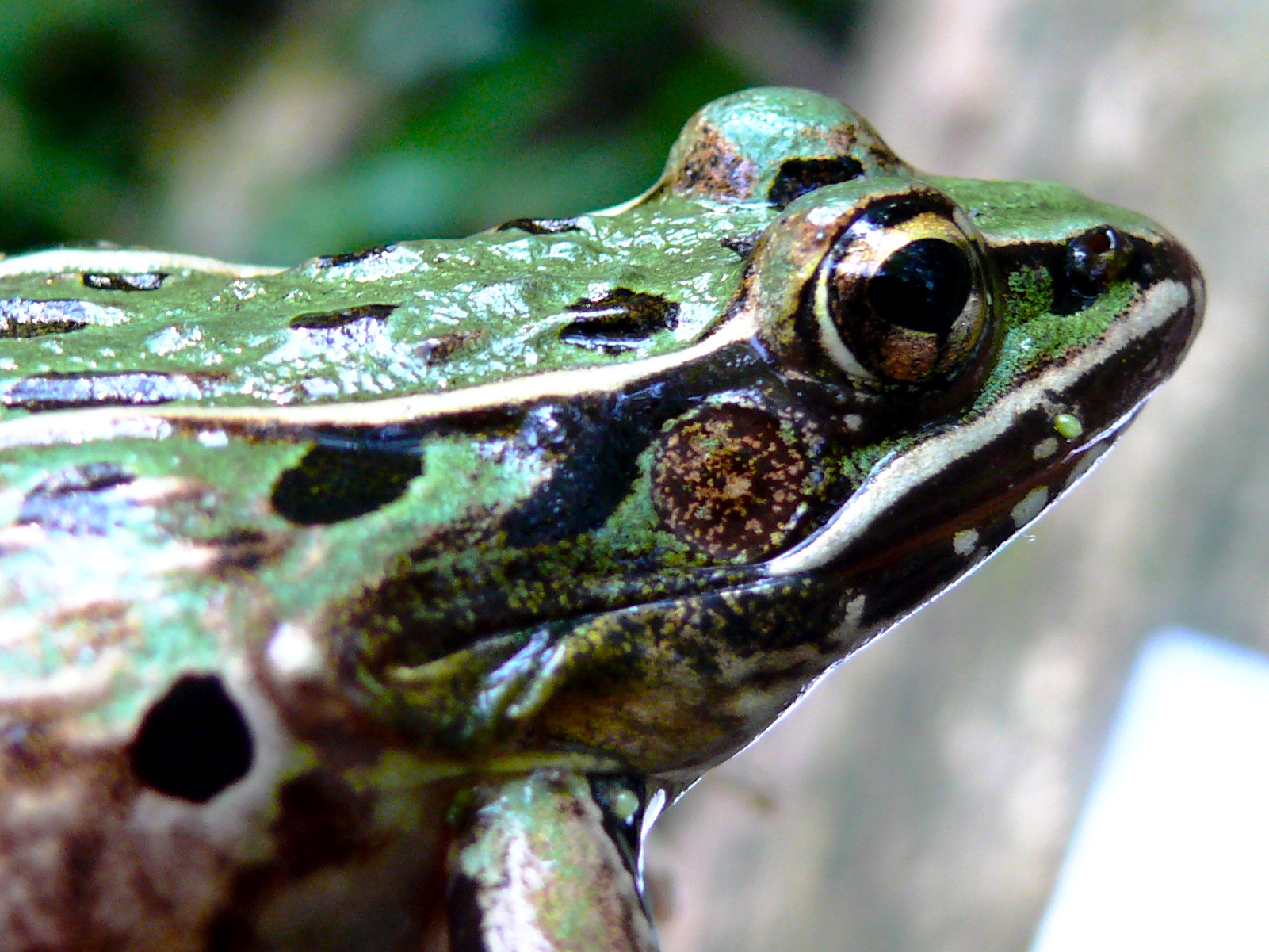