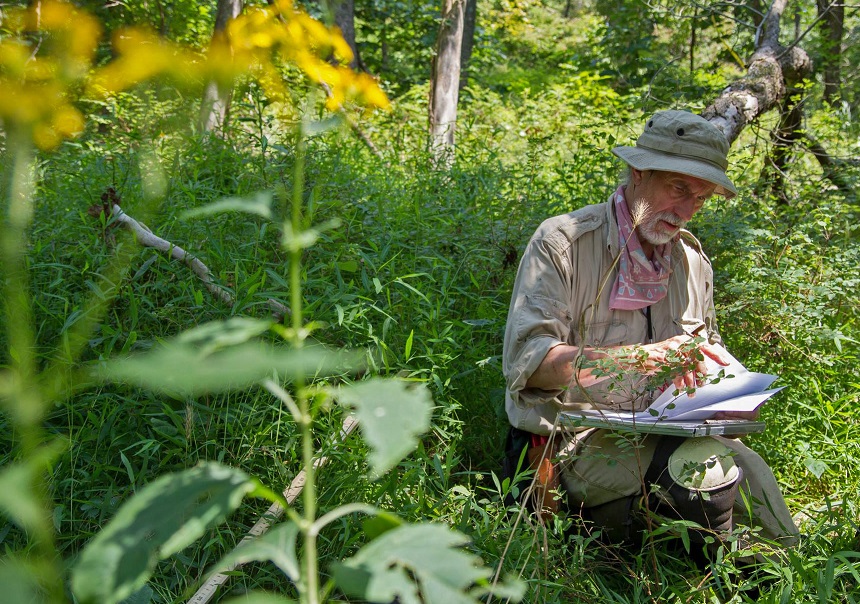 NatureServe carries on a legacy of conservation work that began when The Nature Conservancy helped to establish the first state natural heritage program in 1974. Over the next two decades, The Nature Conservancy and a collection of public and private partners built a network of natural heritage programs in the United States to collect and manage data about the status and distribution of species and ecosystems of conservation concern.

Learn more about the Network's creation

As this network expanded to include Canada and Latin America, natural heritage programs became the recognized source for the most complete and detailed information on rare and endangered species and threatened ecosystems, relied upon by government agencies, corporations, and the conservation community alike. Today, the public-private partnership that is the NatureServe Network comprises more than 90 network programs throughout the Western Hemisphere, with over 1,000 conservation professionals and a collective annual budget of more than $100 million.

NatureServe was established in 1994 and was originally known as the Association for Biodiversity Information. By 2001, the organization had grown and evolved into its present form. The Nature Conservancy, which since the 1970s had provided scientific and technical support to the network, transferred this role to NatureServe, along with professional staff, databases, and responsibility for the scientific standards and procedures under which the network operates. NatureServe is headquartered in Arlington, Virginia, with regional offices in four U.S. locations and in Canada.

1974   The network of natural heritage programs is launched by The Nature Conservancy in collaboration with state partners. South Carolina and Mississippi are the initial states.

1974   The first natural heritage methodology training course is held, with one student (Tom Kohlsaat of South Carolina). There have since been well more than 100 such courses, and the number of scientists trained exceeds 1,500.

1979   Future natural heritage program botanist Milo Pyne rediscovers an unusual plant restricted to the limestone cedar glades of central Tennessee. Later determined to be a new species, Pyne’s ground-plum, the plant is federally listed as endangered in 1991. It is one of hundreds of similar discoveries by natural heritage biologists.

1983   The network expands to Latin America with the launch of conservation data centers in Peru and Puerto Rico.

1993   Publication of Perspectives on Species Imperilment, analyzing the role of federal lands in sustaining threatened and endangered species. The report is the first time that data are compiled from all U.S. natural heritage programs to give a national perspective.

1994   The network of natural heritage programs forms a membership association to work together on projects of common interest: the Association for Biodiversity Information (ABI). At this point, the network includes 590 staff and responds to 65,000 data requests annually.

1994   The Biological and Conservation Data System, used by the network to manage its biodiversity data, receives the prestigious ComputerWorld/Smithsonian Award for innovative applications of technology in the service of society.

1995   The National Park Service and U.S. Geological Survey begin using NatureServe’s ecological classification to map ecosystems at national parks. Work has been done at more than 100 parks, including Yosemite, Acadia, and the Great Smoky Mountains.

1997   The U.S. government adopts NatureServe’s ecological classification system as the national standard for use by federal agencies.

1997-98   In searches for animals and plants that are missing and suspected to be extinct, natural heritage biologists rediscover 16 species, including the golden pebblesnail in Tennessee, Crandall’s wild hollyhock in Colorado, and the sea beach firefly in Delaware. Sadly, they also document others as probably now extinct, such as the Oregon popcornflower.

1998   Publication of Rivers of Life documents the importance and imperilment of freshwater biodiversity and leads to intensified conservation action.

1999   Through an agreement with The Nature Conservancy, ABI expands and assumes responsibility for the scientific databases, information, and tools developed by TNC in support of the network of natural heritage programs.

2000   Publication of Precious Heritage: The Status of Biodiversity in the United States by Oxford University Press. The book culminates a quarter-century of field work, research, and analysis by natural heritage programs. It is hailed by the journal Science as “the most comprehensive look yet at the United States’ creatures, plants, and biomes.”

2000   NatureServe Explorer is launched, giving the public access for the first time to NatureServe’s vast databases on U.S and Canadian species and ecosystems. InfoNatura, a companion resource for Latin American and Caribbean species, follows in 2001.

2001   ABI changes its name to NatureServe and adopts the butterfly logo—a symbol of the remarkable diversity of life.

2002   The Sustainable Forestry Initiative adopts NatureServe conservation status assessments as a key part of its biodiversity standards, contributing to the protection of imperiled species and ecosystems found on 100 million acres of timber company forestlands.

2003   Publication of Ecological Systems of the United States, a major step in understanding the nation’s ecosystems. Also published is the companion report on Latin America and the Caribbean, identifying 700 habitat types in the region.

2004   NatureServe joins with partners IUCN and Conservation International to produce the Global Amphibian Assessment, the first comprehensive assessment of the distribution and conservation status of the world’s nearly 6,000 amphibian. The eye-opening finding that one in three amphibians is threatened with extinction draws worldwide media coverage.

2005   Publication of the report Our Home and Native Land, providing the first-ever comprehensive analysis of Canadian species in a global context. The study finds that just 6.4 percent of Canada’s plant and animal species are of global conservation concern, meaning that Canada still has the opportunity to protect intact nearly its full diversity of native wildlife.

2005   NatureServe collaborates with NOAA to develop and publish a comprehensive framework for classifying the coastal and marine systems of North America.

2005   Four years of software development work, with major funding from the Doris Duke Charitable Foundation, culminates in the release of NatureServe Vista, a GIS-based decision-support software application that helps people to better integrate biodiversity into their land use and conservation planning efforts.

2006   A study published in the journal Nature provides the first clear proof that global warming is causing disease outbreaks that lead to extinctions of tropical frogs. NatureServe facilitated the research through its leadership of RANA, the Research and Analysis Network for Neotropical Amphibians.

2013   NatureServe creates a new class of membership and welcomes Bat Conservational International into the network. As an "associate member," BCI gains access to scientific and technical expertise that will help build a global database for bats, accelerate research, and identify places that house high levels of bat diversity.

2014   The John D. and Catherine T. MacArthur Foundation names NatureServe as a winner of its prestigious MACEI Award and bestows a $1 million grant that advances NatureServe’s mission on two critical fronts: increasing the organization’s voice in the dialogue over global change and expanding our role as an enabler of “citizen science.”

2016   NatureServe launches the Biodiversity Indicators Dashboard at the IUCN World Conservation Congress 2016. This online, interactive tool visualizes the status and trends of biodiversity indicators to aid governments in making evidence-based decisions for conservation.

2019   NatureServe becomes a silver member of the Esri Partner Network and receives the Making a Difference Award at the annual Esri Partner Conference.