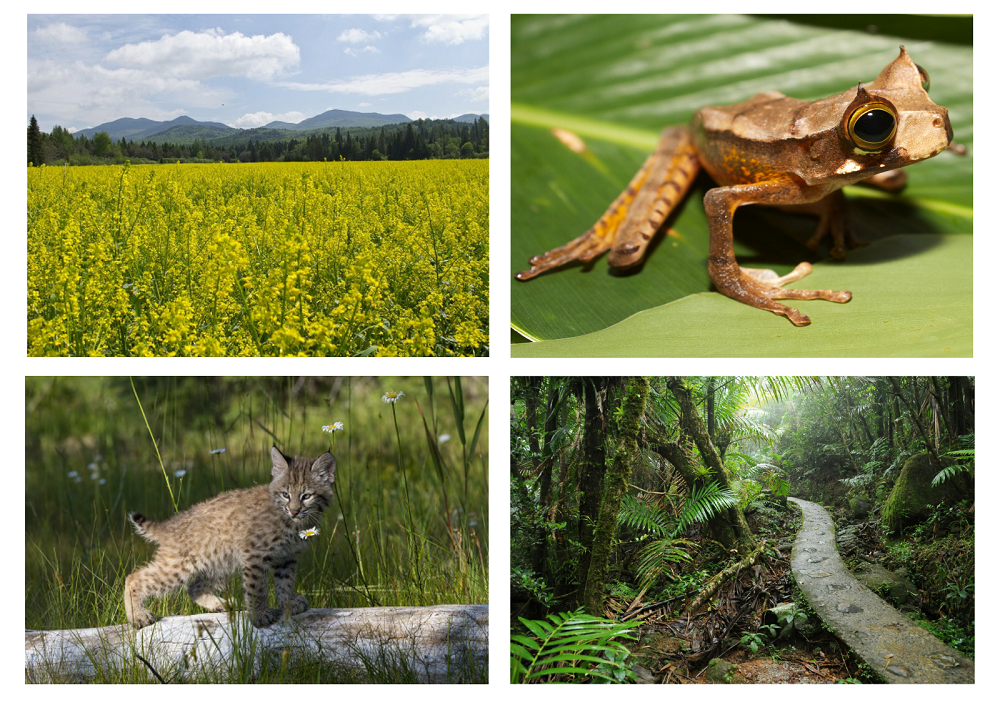 Achieving global biodiversity goals relies on the ability to measure, visualize, and communicate both environmental trends and the effects of conservation actions. There is high demand for indicators of biodiversity status and trends at multiple spatial scales. But, easy, intuitive, and centralized access to biodiversity indicator data remains a challenge.

NatureServe’s Biodiversity Indicators Dashboard is an interactive tool that visualizes the health and trends of biodiversity, and tracks conservation performance at regional, national, basin, and site scales. The dashboard monitors the status of key biodiversity indicators for any part of the world, signaling both where and what conservation action is needed. 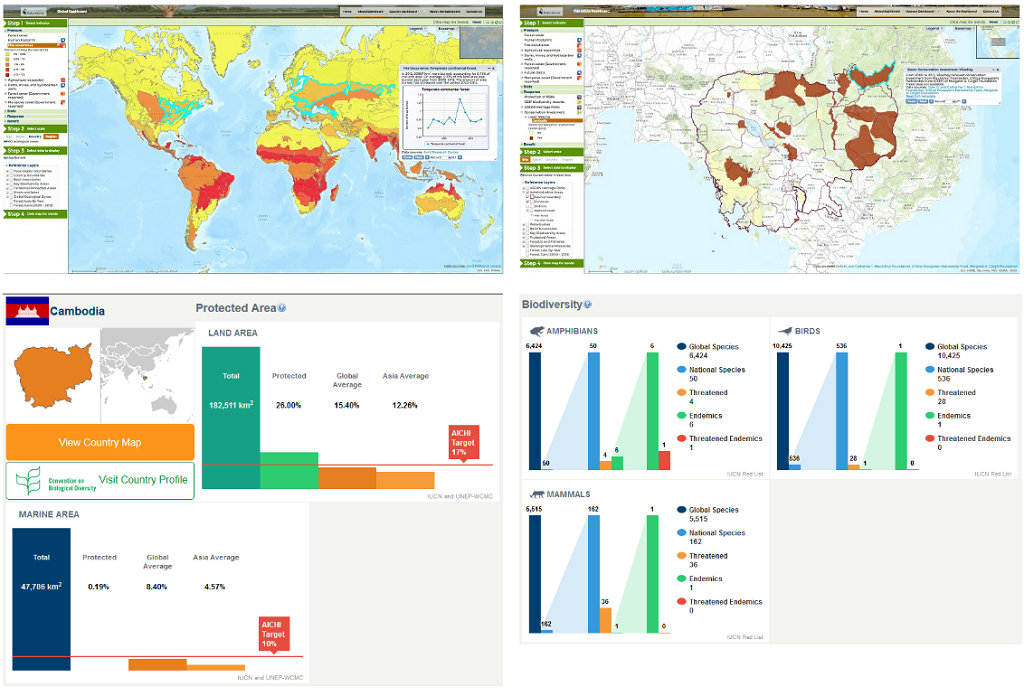 With just one tool, and a simple click of the mouse, you can:

At the request of the MacArthur Foundation, NatureServe used indicator data provided by the Dashboard to perform an analysis of the effectiveness of conservation efforts to prevent deforestation in eastern Cambodia.

The results showed that greater conservation investment resulted in lower rates of deforestation at the watershed level. Other factors, such as human population density, land protection status, existence of economic land and mining concessions, and the locations of planned dams were unrelated to deforestation rates over the nine-year study period.  Thus, conservation investment is having a desired effect in eastern Cambodia, and more conservation benefits could be achieved by expanding the areas targeted for investment. 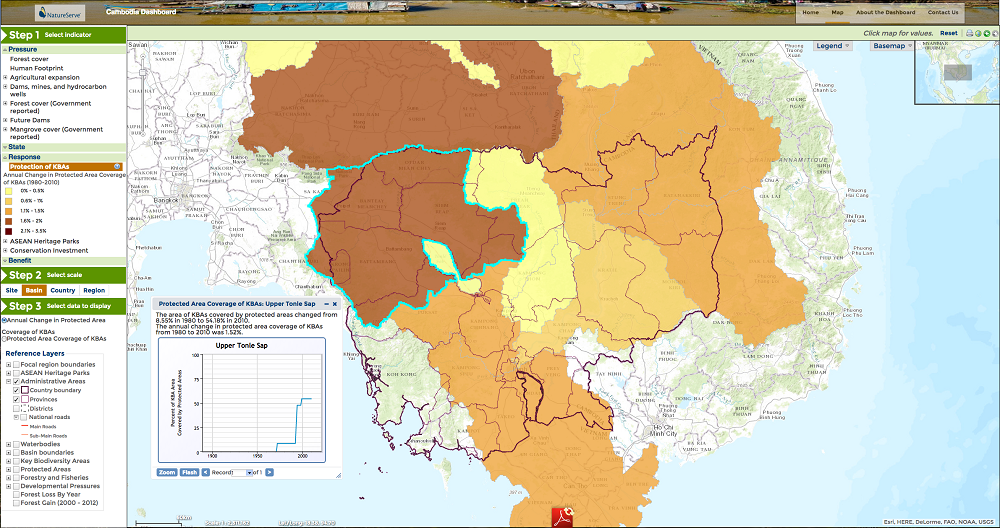