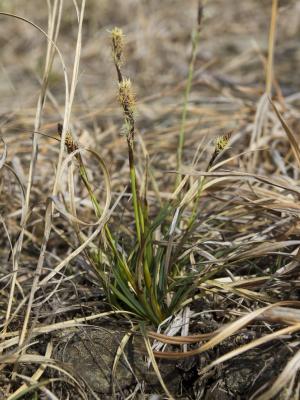 This method assesses the conservation status of species and ecosystems–specifically the extinction risk of species and elimination risk of ecosystems at global scales, and their extirpation risk at national and subnational scales. NatureServe and Natural Heritage Program staff across North America collect and evaluate data for species and ecosystems of concern using these methods and tools to ensure that assigned status ranks are accurate and consistent, based on current field and remote sensing information.

Conservation status assessments are completed to produce conservation status ranks that measure extinction or extirpation risk at three geographic scales: global, national, and subnational. Global, National, and Subnational Ranks (or “G-Ranks,” N-Ranks” and “S-Ranks”) are widely used throughout the conservation community and are regarded as highly credible by scientists, government agencies and private-sector organizations. These assessments are also a valuable resource for government agencies responsible for administration of Federal, state and provincial species conservation laws. See below for rank definitions.

Determining which plants, animals and ecosystems are thriving and which are rare or declining is crucial for targeting conservation of the species, habitats and ecosystems in greatest need. NatureServe and its member Natural Heritage Programs have developed a rigorous and consistent method for evaluating the relative imperilment of both species and ecosystems based on the best available science.

The purpose of the conservation status ranks developed by NatureServe is to assess the relative risk facing a species or ecosystem and does not imply that any specific action or legal status is needed to assure its survival. NatureServe is a non-advocacy organization and is committed to providing objective and reliable scientific data. 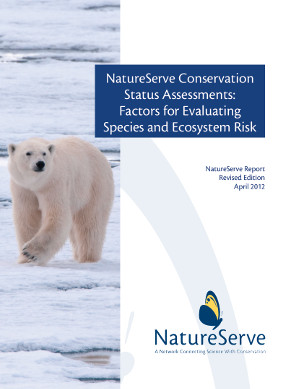 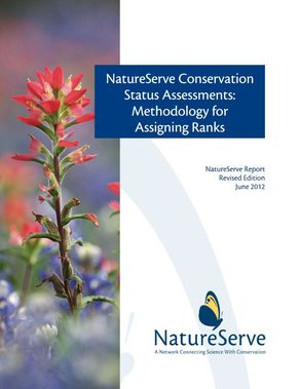 Conservation status is summarized as a series of ranks derived at global, national, or subnational (state/provincial) levels on a five-point scale from critically imperiled (G1, N1, S1) to secure (G5/N5/S5).

NatureServe’s methods, which have been evolving since 1978, are used by its network of Natural Heritage Programs and Conservation Data Centers throughout North America. In recent years, NatureServe has worked with IUCN to standardize the ratings for shared information fields, such as Range Extent, Area of Occupancy, Population Size, and Threats. This standardization permits the sharing of information among organizations and countries, and allows the information to be used in both IUCN as well as NatureServe assessments.

NatureServe conservation status assessment methodology contains a number of features, most notably that it (1) considers all of the status factor data collectively in assigning a status; (2) may produce “range-ranks,” (e.g., G1G3 = globally critically imperiled to vulnerable) to transparently reveal the degree of uncertainty in a status when the available information does not permit a single status rank; (3) explicitly considers threats in the assessment; (4) assesses conservation status for both species and ecosystems; and (5) is sufficiently complete for North American species that global, national, and subnational ranks are routinely linked to facilitate conservation priority setting.

Listed below are definitions for interpreting NatureServe conservation status ranks at the national (N-rank) and subnational (S-rank) levels. The term "subnational" refers to state or province-level jurisdictions (e.g., California, Ontario).

Assigning national and subnational conservation status ranks for species and ecosystems (ecological communities, vegetation types, and systems) follows the same general principles as used in assigning global status ranks. A subnational rank normally would not imply that a species or ecosystem is more secure at the state/provincial level than it is nationally or globally (e.g., a rank of G1S3 is typically invalid), and similarly, a national rank could not exceed the global rank. However, there are cases where a trend factor (e.g. change in area of an ecosystem, or population size of a species) is relatively stable in a jurisdiction, but is strongly declining across most other parts of the range, resulting in a subnational or national rank being more secure than the global rank. Subnational ranks are assigned and maintained by state or provincial NatureServe network programs.