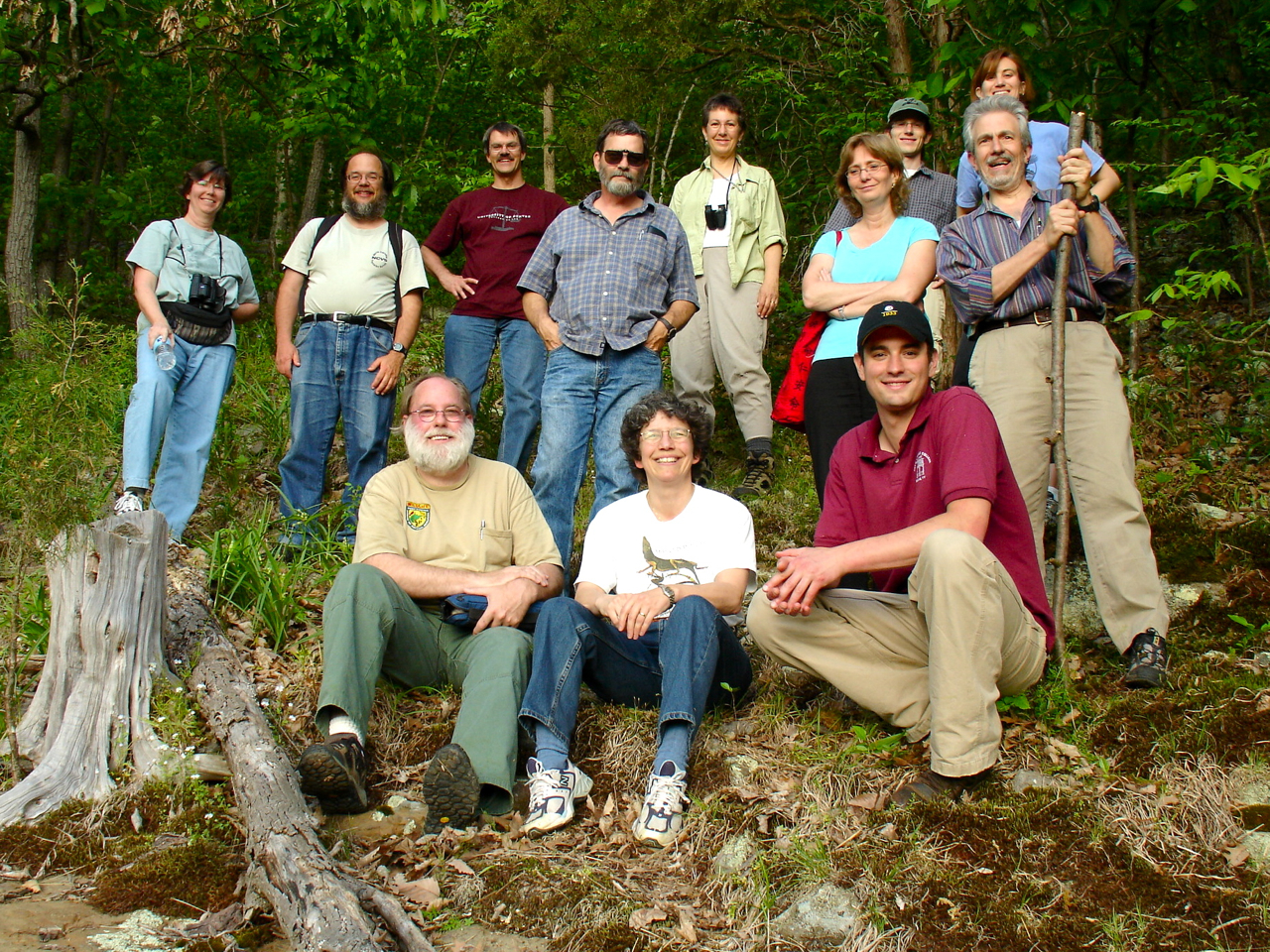 Years of data on the rare plants and invasive species that line one of the country’s most iconic natural resources will see an in-depth analysis that marks the onset of NatureServe’s strategy for putting citizen science to rigorous and legitimate scientific use.

Through a partnership with the National Park Service (NPS) and the Appalachian Trail Conservancy (ATC), NatureServe will analyze a vast storehouse of data detailing plant life all along the Northeastern region of the 2,000-mile Appalachian Trial, information gathered over the years in  part by citizen scientists. Analysis of that data—which includes long-term monitoring of rare plant occurrences and an inventory of invasive species detections and their rate of spread—will help conservationists and resource managers devise clearly defined initiatives for maintaining the health of the plant communities of the Appalachian Trail.

The Appalachian Trail stretches nearly unbroken from Georgia to Maine, a 280,000-acre home to more rare, threatened, and endangered species than any other land under the National Park Service’s domain. Throughout its history, the trail has been a locus of volunteer-driven conservation—ever since the notion of a string of protected greenways was hatched in the minds of naturalists and academics nearly 100 years ago. As ensuing decades turned that vision into a reality, the trail became a “remarkable story of citizen action in the public interest,” ATC says, and one of the nation’s first major accomplishments in regional conservation planning.

Recent decades have seen the emergence both of increasingly dire threats and of increasingly savvy volunteers eager to fan out across the trail’s expanse. To harness that conservation muscle, ATC and NPS have put protocols in place that aim to ensure volunteer efforts meet a high scientific standard. Over the last quarter-century, ATC has trained more than 200 citizen scientists to track the trail’s rarest and most threatened plants. The resulting data have informed managers’ response strategies, such as targeted removal of invasive species outbreaks, fencing in rare plants to guard against deer, and shifting stretches of the trail to protect struggling plant communities from being snuffed out by hikers.

NatureServe’s involvement will propel these efforts a significant scientific step forward. The pilot project will begin by analyzing and integrating years worth of existing data from the rare plant monitoring and invasive species inventory programs. After identifying which species are both in urgent conservation need and for which the data is of a high quality, the three agencies will then collaborate on possible ways to direct further citizen science field efforts, with an ultimate goal of detecting trends in how plant communities are responding to global change along the natural ecological gradient offered by the Appalachia Trail.

“There’s the potential, at least, to analyze the data, reach out to our natural heritage programs for additional contextual data, then run species distribution models, or spatial climate analyses, and come up with some hypotheses,” said Healy Hamilton, NatureServe’s chief scientist. “Then we can go back to ATC and NPS and say, ‘To test these hypotheses, these are the taxa you need to look at,’ or ‘These are the places you need to go. In this way, we can direct future citizen scientists toward specific science questions.”

Embarking on a Path Forward

The Appalachian endeavor follows the unveiling of NatureServe's Citizen Science Strategy earlier this year, an over-arching plan that embraces the need to connect volunteer-gathered data with larger international datasets, across broader scientific networks, and demonstrate its useful application. 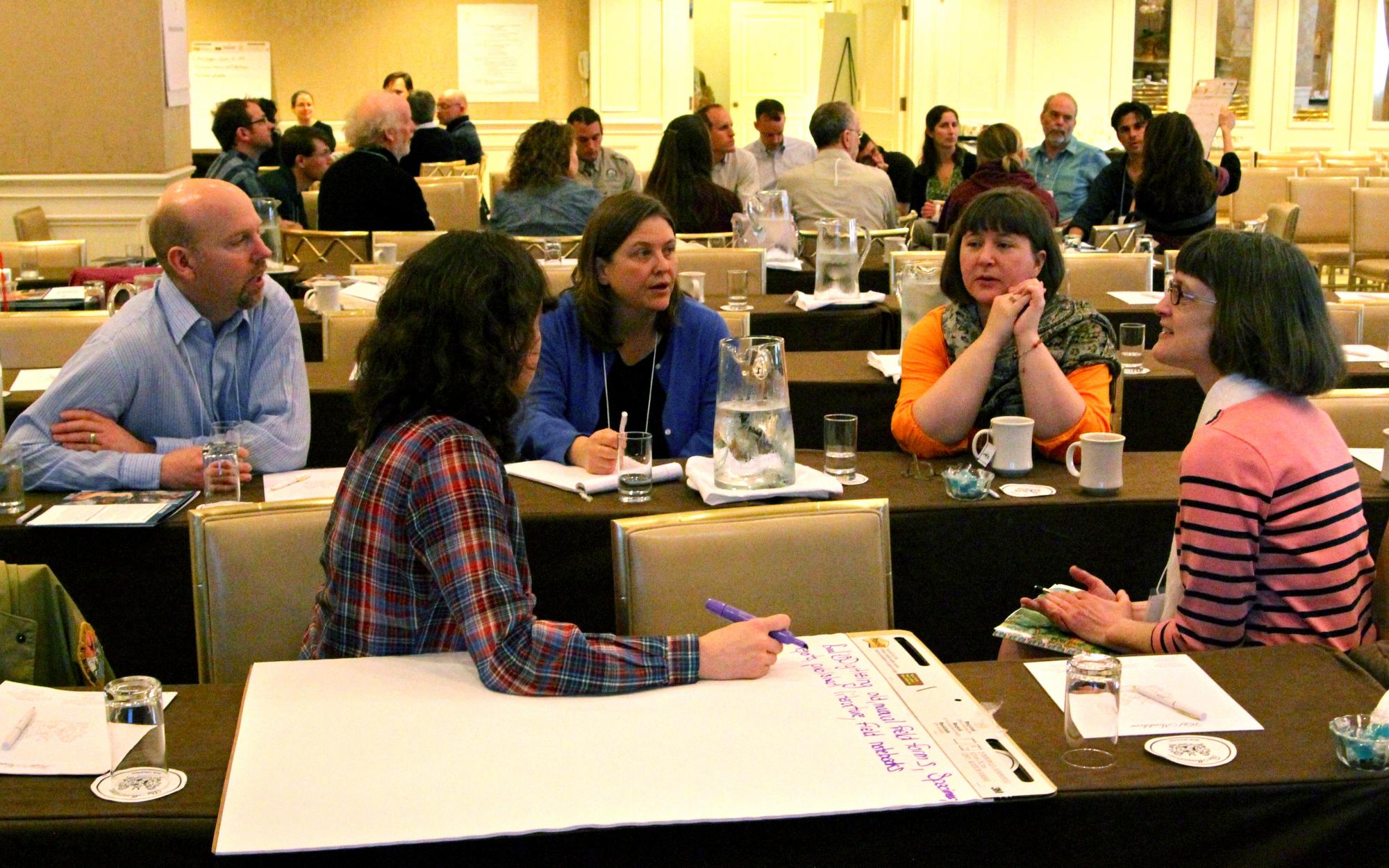 NatureServe’s future in citizen science took center stage at the Biodiversity Without Boundaries conference in April, which devoted an all-day symposium to the topic. NatureServe believes citizen scientists can be immediately effective in advancing its mission on five fronts:

The Appalachian Trail project will be an apt pilot, Hamilton said, for the first two types of work to generate data that reliably reveal how biodiversity is responding to threats and global change.

Over the course of the BWB symposium’s presentations, workshops, and brainstorming sessions, the three dozen participants generated a wealth of guidance on the priorities, pitfalls, and opportunities NatureServe should keep in mind as it forges ahead with citizen science initiatives.

“There was a positive conversation about the potential contributions of citizen science and the role of NatureServe data,” Hamilton said. “The reliability of our data is our major credibility, and we’ve made positive steps forward in seeing ways in which citizen science—with the appropriate tools and methodologies—could in fact make a significant contribution beyond just the data itself, even for ways to grow the network and the impact our data can have in conservation.”

Already, the NatureServe Network has many promising examples of putting citizen science to productive use—for example, the group tracking reptiles and amphibians with the Texas Parks and Wildlife Department, or the cadre of citizen scientists who track invasive species with the New York Natural Heritage Program.

“I absolutely see us being able to expand programs like that across the network,” Healy said. “And I want to make sure that whatever citizen science projects we develop come as much from the network members as from the NatureServe home office. This is a strategy to be implemented over time. We want to have an open conversation as the strategy unfolds.”