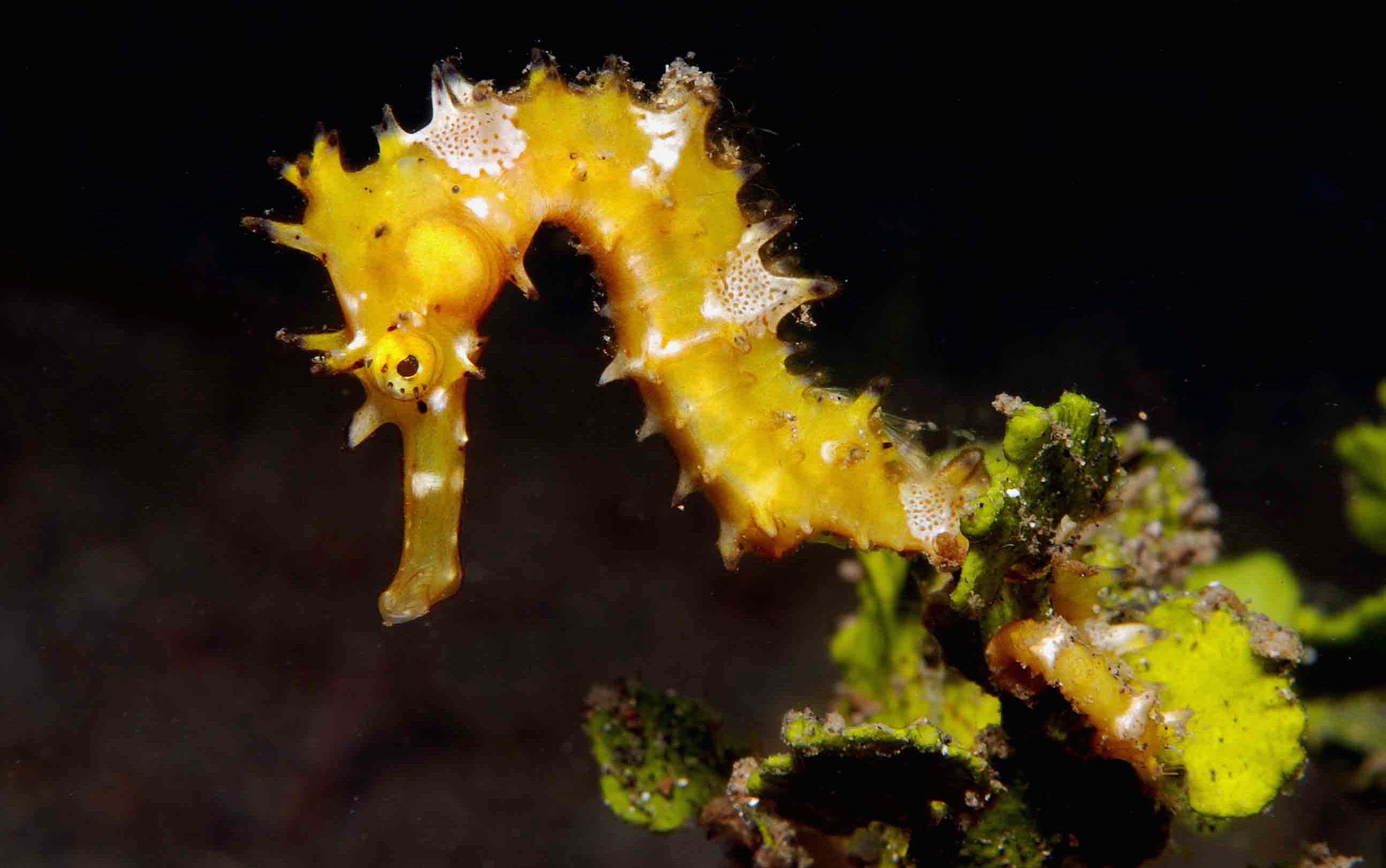 Even when she's not working, she's pushing science forward.

Healy Hamilton, our Chief Scientist, spent her vacation this winter venturing out to the Gold Coast of Australia in search of seahorses, pipefish, pipehorses, and seadragons—those diminutive and downright bizarre creatures that for nearly a decade have been her personal passion project.

Species of the family Sygnathidae are some of the most mysterious known to science. Fused jaws. Independently moving eyes. Body plating. An absence of pelvic fins. Some form of male brooding—whether that be as simple as the female laying her eggs on the male's abdomen, or the seahorse's singular trait of having evolved full-blown male pregnancy. Healy's sygnathid research, funded through the Marine Conservation Institute (where she's a senior research associate), has taken her all over the world to learn more about these animals' unique role in ocean ecosystems—and their special place in her fascination.

"These are some of the most charismatic fish that live in the world’s coastal oceans," she said upon returning from this most recent expedition. "This is part of who I am and what I will always do."

Her efforts—which include extensive DNA sequencing—are building toward a major publication on the evolution of seahorses and pipefish that's been seven years in the making. She hopes to have her report ready later this year.

VIDEO: Dive in and learn more
about Healy's sygnathid research

Healy's latest trip took her to Moreton Bay and the Gold Coast Seaway, which harbors some of the world's best diving near a major population center.

"We were incredibly successful and we made some major discoveries," she said.

The 12-day expedition had three objectives. The first was to investigate a photo that an Australian diver had posted online of what appeared to be a new species of pipefish. READ MORE

Objective No. 2: An overarching goal of Healy's research is to get genetic samples from every genus in Sygnathidae—roughly 70 in all.

"We’ve gotten probably 60 of them, so we’re looking for the rarest in the world, the ones you have to really go after," she said.

One genus that had still eluded her was Campichthys. On the final dive of this expedition's final day, she found a live specimen of Campichthys tryoni, a pipefish known to science only from 12 museum specimens that had been collected accidentally, either via dredging or mass stunning.

The third objective: Moreton Bay falls within the highly restricted range of Hippocampus procerus, a seahorse whose "confused taxonomy" has impeded efforts to protect Hippocampus whitei, a similar species that lives 700 kilometers to the south.

“It’s so gorgeous," Healy said. "It’s really one of the most beautiful seahorses I’ve ever seen.”

Like H. procerus, the range of H. whitei is extremely narrow. More importantly, it is in steep decline. If H. procerus turns out to be merely a northern population of H. whitei, it will be considered abundant enough to not warrant inclusion on the IUCN Red List of Threatened Species. By the final day of diving, Healy and her team had caught four individuals of H. procerus, the minimum needed to carry out the genetic analysis that will determine whether it is a distinct species.

"If Hippocampus procerus really is a different species, it means they can try to move forward with Red Listing Hippocampus whitei," Healy said. "That’s a really big deal; that is a direct input into conservation."