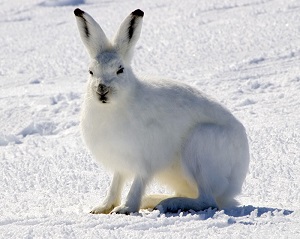 “We are thrilled to welcome the Nunavut Data Centre to the NatureServe community,” said Mary Klein, NatureServe’s president and CEO. “Their like-minded conservation efforts and dedicated researchers will add immeasurably to the growing strength of our network.”

The Nunavut government’s primary objectives for joining the NatureServe Network related to their need to adopt proven data management processes and data basing systems in order to effectively manage their species monitoring data. There was also a strong desire by government personnel to collaborate with external partners and to facilitate the dissemination of Nunavut biodiversity data.

Drikus Gissing, Director of the Nunavut government’s Wildlife Division communicated Nunavut’s reasoning for pursuing membership. “We believe that the development of a Conservation Data Centre within the Government of Nunavut will greatly advance our biodiversity data management abilities and effectiveness, and will allow us to collaborate with a broader group of stakeholders, helping to ensure that our data meets its full potential for informing conservation decision-making."

During this first fiscal, the Nunavut Conservation Data Centre has already joined in on NatureServe Canada’s key projects with Environment Canada, Parks Canada and the Nature Conservancy of Canada.  These projects provide Nunavut with critical funding and support that will allow Nunavut to secure data residing in regional offices throughout the territory into one central database, format the data to NatureServe standards, make Nunavut data accessible on NatureServe Explorer, and enable Nunavut staff to attend NatureServe Core Heritage Methodology Training (Arlington, Virginia in spring 2016).