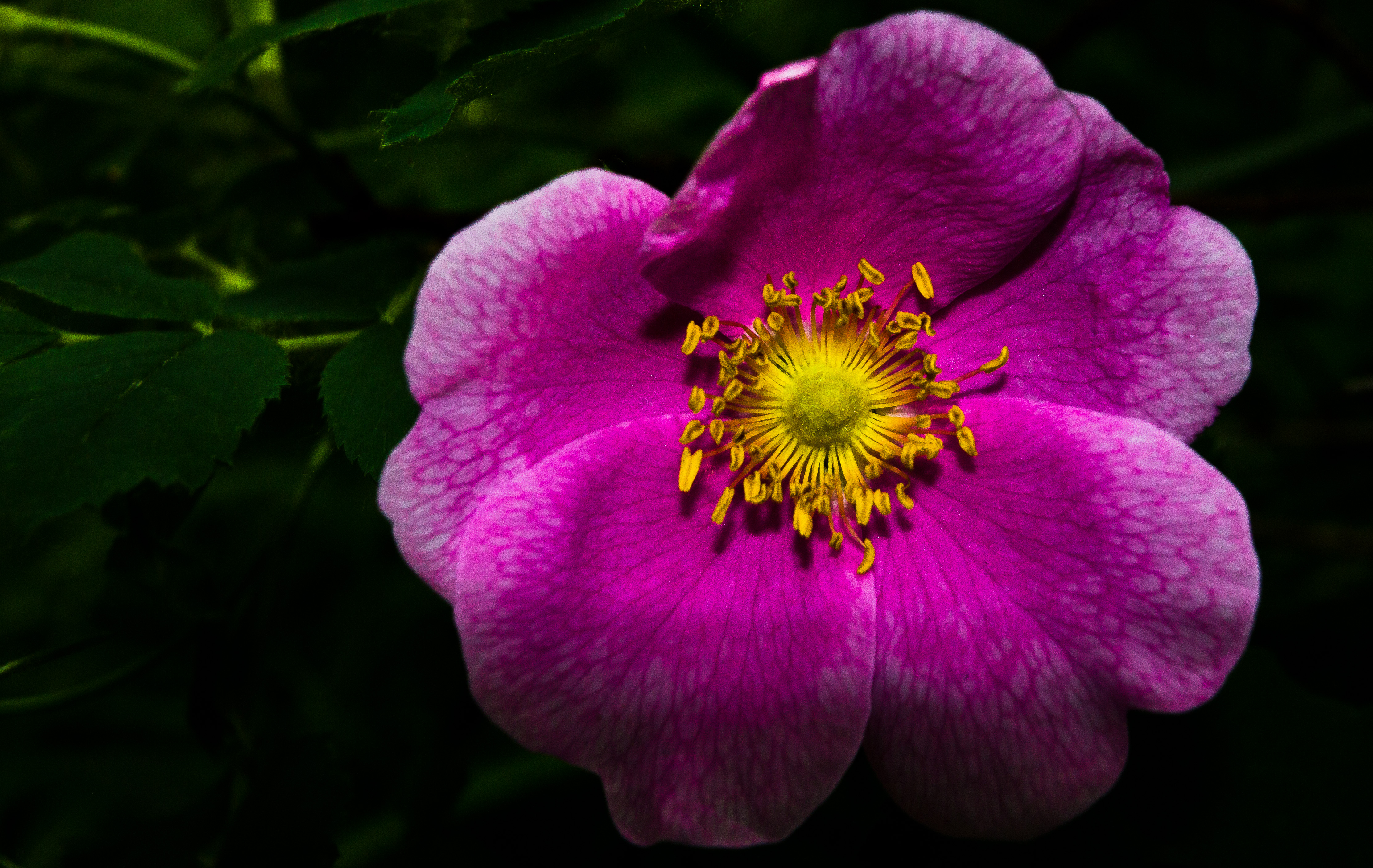 ​Love-struck observers the world over, from poets to naturalists to modern-day pop stars, have long offered up one witticism after another in hopes of capturing the essence of love’s most enduring emblem—the rose.

But while such adages are as poignant as they are profuse, the biological reality is vastly more complex. So with the annual Valentine's bouquet-buying onslaught now in full bloom, join us in taking brief pause from agonizing over the details of hue, arrangement, and display to… well… stop and smell the roses.

Set aside for a moment the store-bought, carefully cultivated hybrids. Beautiful though they may be, those roses are the biological equivalent of a mass-produced meal. In order to contemplate true rose-ness—“true” in the ecological sense—a brief dig into the botanical taxonomy (courtesy of NatureServe Explorer) unearths some 30 species of the genus Rosa populating American and Canadian landscapes. 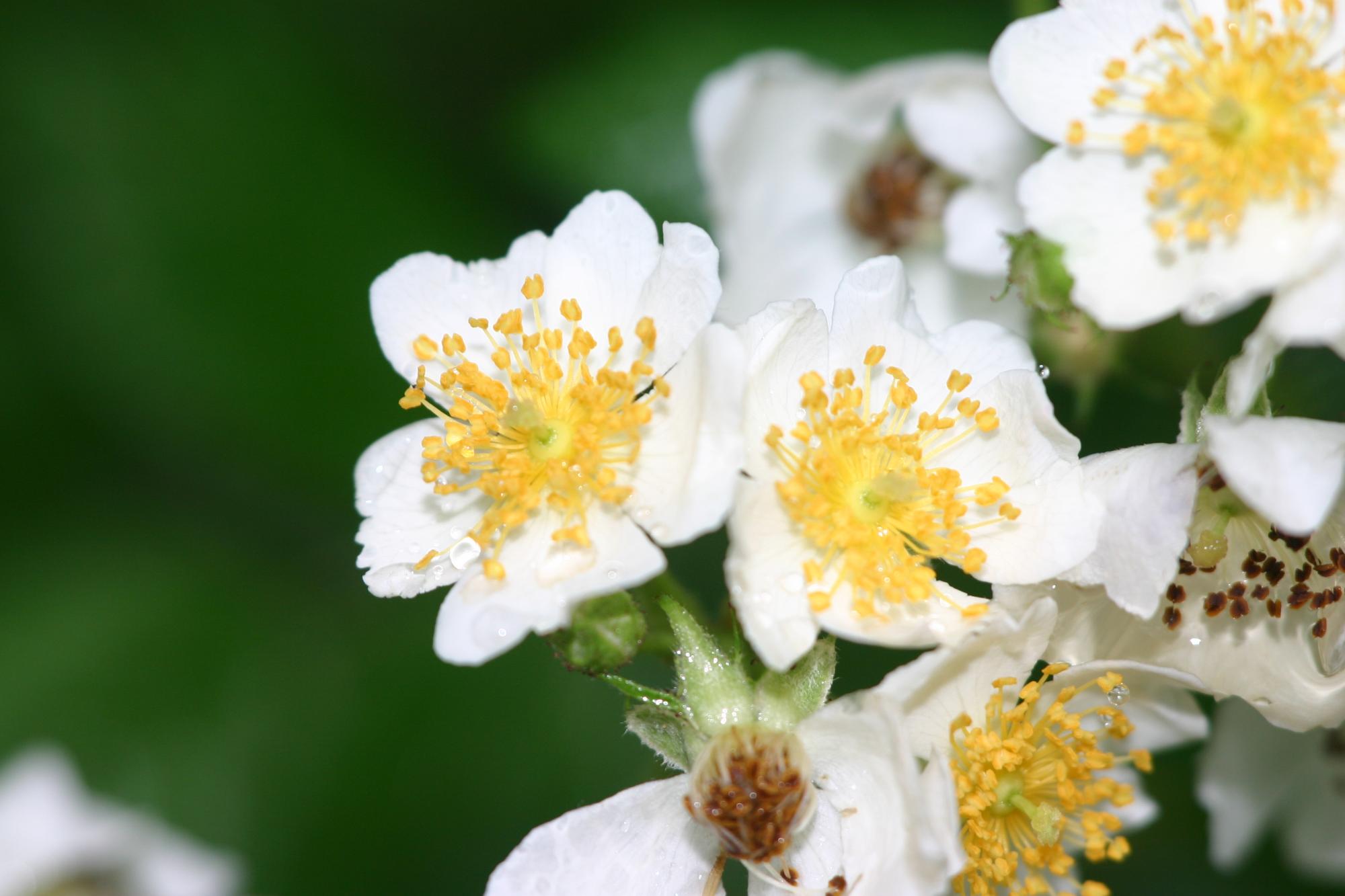 Roses like the pygmy, the shining, the double cinnamon, the Cherokee, and the white prairie. Roses that burst into showy blooms. Roses that scramble in thorny thickets across the ground. Roses that to a layman’s eye seem hardly more than a modest shrub.

And for you dark-hearted amongst us, the records are rife also with roses that are, at their root, a pernicious and implacable pest. The multiflora rose (Rosa multiflora) has, for more than a century, relentlessly invaded pastures, fields, forests, prairies, and even some wetlands from the Atlantic to the Pacific, crowding out existing vegetation and creating dense, impenetrable thickets.

A perennial shrub with white or pinkish flowers, multiflora rose arrived on the East Coast from Japan in 1886 for use as an understock for ornamental roses. From there, birds such as the American robin and the cedar waxwing spread its seeds across pastures in the Northeast and Midwest. In the 1930s, federal agents advocated multiflora rose for soil erosion projects and as a "living fence" to confine livestock. As recently as the late 1960s, several state conservation departments were giving away free rooted cuttings. Its spread has been so prolific that several states—including Kansas, Iowa, Missouri, Ohio, Pennsylvania, and West Virginia—have designated it a “noxious weed.”

Elsewhere, we find roses—native to the lands they inhabit, playing their precious ecological role—that are fragile, and threatened, and in need of conservation. 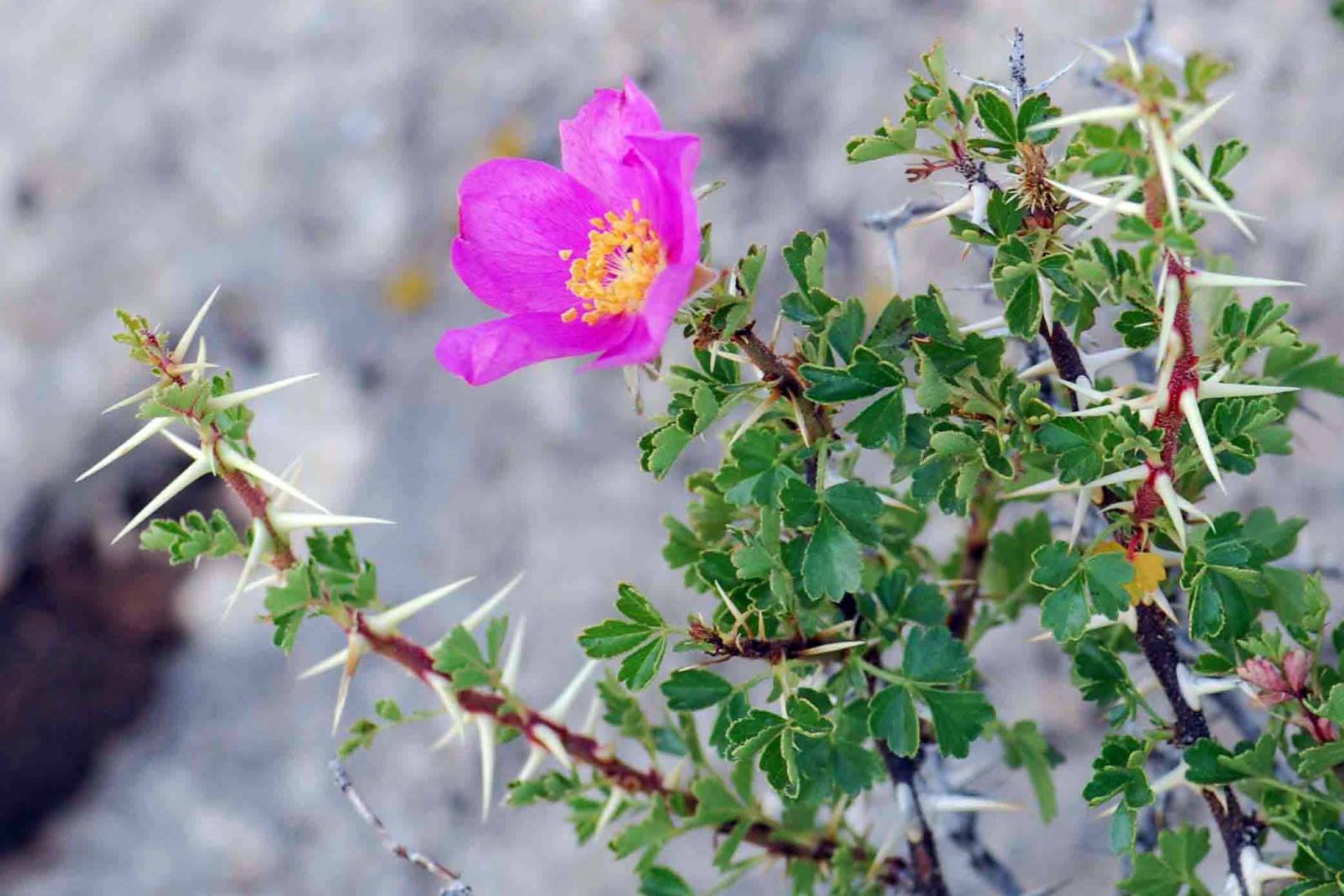 Take, for example, the desert rose (Rosa stellata), a two-foot-tall shrub native to Texas, New Mexico, and Arizona that in summer yields solitary flowers of a deep purplish hue, with pollen that attracts and supports a large number of native bees. Although considered “apparently secure” (G4) at a global level, data from the southwestern U.S. paint a different picture. In New Mexico, NatureServe ranks the desert rose as “vulnerable” (S3). Its lot in Arizona is even more precarious, drawing a rank of “imperiled” (S2).

And then there’s the prickly rose (Rosa acicularis), a deciduous shrub with pink—and on rare occasion, white—flowers, and hips that are prized for their use in jellies and teas.

Although the prickly rose is the most abundant rose of the boreal forests of northern Canada and Alaska—it is the official flower of Alberta—the species is in dire straits elsewhere in its range.

The governments of Illinois, Iowa, and New Hampshire have given it the legal protections afforded to endangered species. And in a 2012 update to its botanical catalog, the New England Wildflower Society used NatureServe ranks and data from natural heritage programs that show fewer than 20 total occurrences of prickly rose in those six northeastern states since 1970. In New Hampshire, Vermont, and Massachusetts, the prickly rose is ranked “critically imperiled” (S1) under NatureServe methodology and “endangered” by state governments.

A Destiny Yet to Unfurl

The fate of native roses, as with the nation’s hundreds of other native plants, has spurred a concerted response from botanists, ecologists, land managers, and plant-lovers who are making an impassioned push to restore our native flora to their rightful place in American landscapes.

Last summer, the White House launched a sweeping initiative to confront the plight of pollinator species, an effort intimately tied to the native plants that fill their habitats. Meanwhile, state agencies all across the country have been finding some success in adding plant species to State Wildlife Action Plans, which are nearing their once-per-decade deadline for update.

In this sense, perhaps it was William Cullen Bryant who said it best of all the love-struck scribes, when he penned this verse in 1828:

Loveliest of lovely things are they
On earth that soonest pass away.
The rose that lives its little hour
Is prized beyond the sculptured flower.

And if you do find yourself browsing for gifts this Valentine’s Day, make those purchases in the name of biodiversity: Shop using Amazon Smile, list NatureServe as your beneficiary, and let your purchases support our mission to guide conservation action.