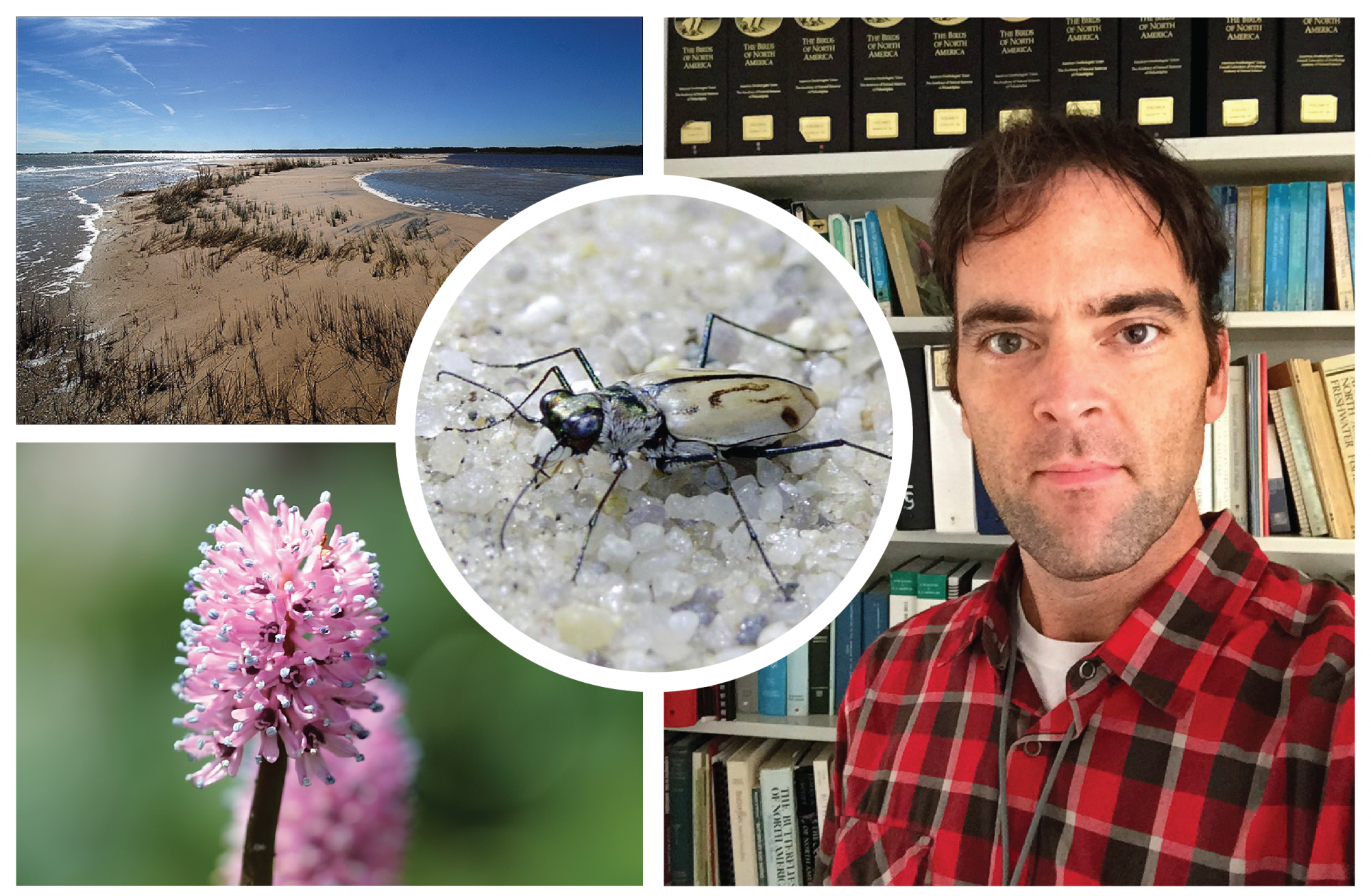 A lot of great science has happened in the past 30 years at the Virginia Natural Heritage Program (VA NHP). Take for example, their recent discovery of new populations of a rare flower, swamp-pink (Helonias bullata). This bright pink wetland plant is endangered and exists in only a few states on the east coast and only in a few counties in Virginia. This plant is not only rare to Virginia, but rare on a global scale, with a NatureServe Global Rank of Vulnerable (G3). This discovery is the first step in protecting these fragile populations.

From sandy habitat at Bethel Beach Natural Areas Preserve to sink-hole ponds at Mount Joy Pond Natural Area Preserve in the Shenendoah Valley, the VA NHP is busy protecting Virginia’s most important natural areas. This NatureServe Network Program has protected and manages 56,000 acres across 63 in the state through the Virginia Natural Area Preserves system. Each of these preserves protect populations of plants and animals, as well as exemplary natural communities. For example, in May of this year, Bald Knob Natural Area Preserve was established to permanently protect several rare species and natural communities.  One plant in particular – Piedmont fameflower (Phemeranthus piedmontanus) – is known from only five locations in the world, only two of which are protected.  The largest known population of fameflower is, and now will continue to be, at Bald Knob Natural Area Preserve.

Discoveries like these, the protection of pristine natural acres, and the collection of scientific knowledge that guides conservation are happening every day in the NatureServe Network, pole-to-pole, from the Arctic to the Andes and beyond.

The discovery of swamp-pink and protection of Piedmont fameflower are small glimpses of the vast work that Virginia Natural Heritage does. Since its start in 1986, the VA NHP has discovered 36 species completely new to science and more than 300 that weren't known to Virginia. The program has also documented the locations of more than 8,800 rare species and habitats, and reviewed nearly 60,000 development and conservation projects, providing guidance to help lessen impacts to or benefit natural resources. They have also been critical in land protection across the state.

The Natural Heritage Program’s mission is to conserve Virginia’s biodiversity through inventory, data management, environmental review, protection and stewardship.  “All of our work starts with a scientific approach to understanding the natural history, status of and threats to rare species in Virginia,” said program director Jason Bulluck. “This reliance on science keeps us relevant, objective and effective in a rapidly changing world.  And, none of this would have been possible without our sharp, creative and passionate staff and partnerships that help support us through the DCR, NatureServe and the Network.”

“Thirty-six species new to science, 313 species newly discovered in Virginia, 760 natural communities and rare species protected on our 63 natural area preserves — the numbers speak for themselves,” said Virginia Secretary of Natural Resources Molly Ward. “I am so proud of the biodiversity conservation work these public servants have done for our citizens.”

The hard work by the professionals at Virginia Natural Heritage Program is a prime example of the important work that happens across the NatureServe Network. To learn more, read the feature on the Virginia Natural Heritage Program in Cooperative Living (page 9), Bay Journal, and House & Home. At the Biodiversity Without Boundaries (BWB16) conference in Puerto Rico, NatureServe awarded the program for most outstanding natural heritage program.