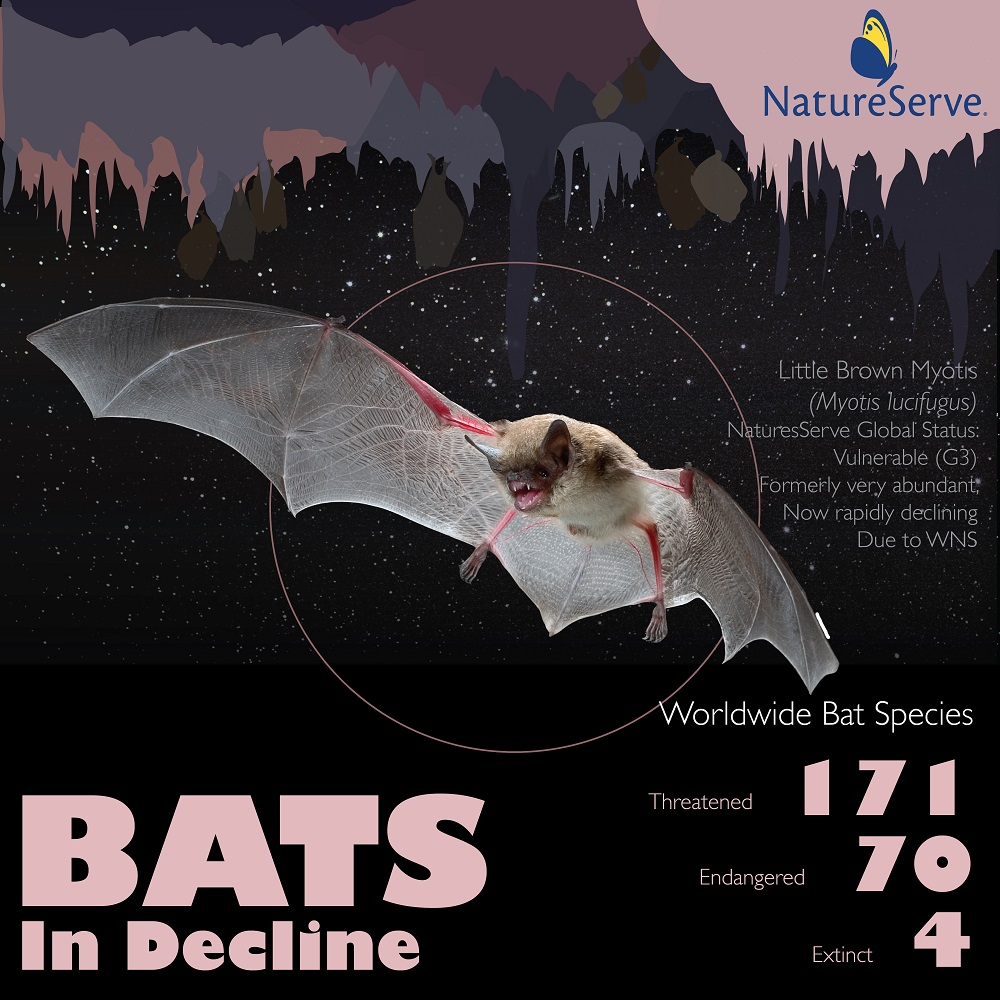 A single female evening bat (Nycticeius humeralis), historically found south of central Iowa, was unexpectedly caught near Minneapolis, MN in early July. On a separate project in Rock County, WI, about 160 individuals were sighted during June and July.

Q: Why is the Evening Bat discovery in MN important?

A: In the most general terms, biological surveys are important because we can only conduct effective conservation and management of those natural resources that we know about. But beyond that general rationale, this discovery motivates us to ask other questions like: What caused this bat to be in Minnesota? Is it evidence of climate change? Is it filling an ecological niche being vacated by other species that are declining due to white-nose syndrome? Or was it an errant gravid female who simply got blown off course? Questions like these lead to more discoveries and more questions, which is the essence of the scientific method.

Q: Tell us more about the habitat monitoring project that you are working on.

A: The northern long-eared bat was recently listed as a federally threatened species due to the impacts of white-nose syndrome.  Because this species raises young in tree cavities during the summer, normal forest management runs the risk of resulting in the take of young bats that are unable to fly away before the tree they are in is harvested. The purpose of the project is to use telemetry [Radio Transmitters] to follow female bats to the roost sites in which they raise their young, so that we can learn about the characteristics of these roost sites, and reduce impacts to these sites and the bats using them, while allowing forest management to continue with as little interruption as possible.

Q: Why is learning about bat habitat important for bat conservation?

A: Bats are a poorly studied taxon because of the difficulty of following them through their life cycle. Yet North American bats are at great risk right now. As with any species, the viability of our bat populations are only as good as their ability to reproduce, and so knowledge of reproductive habitat is critical to the successful conservation of these species. The continuing miniaturization of transmitters is allowing us to track bats in ways we could have never hoped to previously. Yet many questions about bat habitat remain. For example, do these species overwinter only in caves and mines, or is it possible that they also overwinter in talus slopes, boulder fields, and cliff faces? As telemetry technology continues to improve, we hope to be able to track bats to wintering habitat and make additional discoveries about where they live.

Q: How big of a threat is white-nose, and is there anything that can be done about it?

A: White-nose syndrome is an enormous and growing threat to North America’s bats. I fear that we have not yet seen the worst of it. Fortunately, millions of dollars are being spent by the U.S. Fish and Wildlife Service and other organizations to develop strategies to reduce its spread and to counter its effects. But a “silver bullet” is unlikely, and so it is entirely possible that North American bat populations will be affected for decades, if not centuries.