Miguel Fernandez, NatureServe Director of Latin America and Caribbean Programs, shares, “It is an honor for NatureServe to join forces with these eight Latin American organizations, all of which support our mission of providing actionable knowledge to guide decision-making, implement action, and enhance conservation outcomes.”

The new NatureServe Network members are: 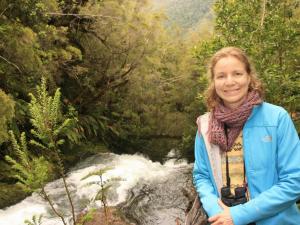 Fundación EcoCiencia is a leading conservation NGO in Ecuador with 30 years of experience. Its mission: conserve biological diversity through scientific research, the recovery of traditional knowledge and environmental education, promoting harmonious ways of life between human beings and nature. EcoCiencia also supports the Ecuadorian government to make more informed decisions about natural resource management and biodiversity conservation. Dr. Carmen Josse, former NatureServe Senior Ecologist, now at EcoCiencia, makes our connection to this organization even more meaningful.
Learn more from their website at http://ecociencia.org/

Fundación Amigos de la Naturaleza (FAN) has been supporting the implementation of conservation actions in Bolivia since 1988, including the creation and co-management of one of the most spectacular national protected areas in the country, the Noel Kempff Mercado National Park, which covers 750,000 hectares of land and was designated by UNESCO as a World Heritage Site in year 2000.  This area harbors several emblematic species of fauna, including populations of maned-wolf, river otters, river dolphins, tapirs, giant armadillo, giant anteaters and jaguars that have been studied and monitored by FAN scientists for almost two decades.
Learn more from their website at http://www.fan-bo.org/ 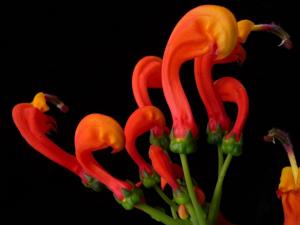 The Herbario Nacional de Bolivia, under the umbrella of the Universidad Mayor de San Andrés, has also joined the Network. This research and education oriented institution hosts the largest team of botanists working on finding, describing and naming taxa, as well as the largest collection of voucher specimens for Bolivian flora.
Learn more from their website at http://www.herbariolpb.umsa.bo/ 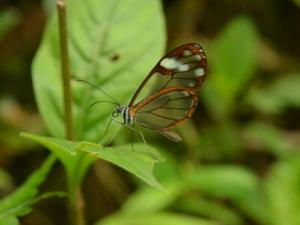 The Colección Boliviana de Fauna, also under the umbrella of the Universidad Mayor de San Andrés, has recently joined the NatureServe Network. This research-oriented institution hosts the largest collection of voucher specimens of Bolivian mammals, reptiles, amphibians, birds and insects. Its collections and the scientific staff that curate and maintain them, constitutes the reference knowledge baseline for animal life in the country.
Learn more from their website at http://www.umsa.bo/web/guest 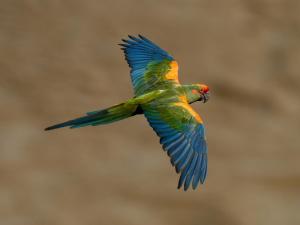 Asociación Armonía partners with several international conservation organizations including: the American Bird Conservancy, BirdLife International, IUCN Netherlands, International Conservation Fund of Canada and World Land Trust. Armonía’s mission is to avoid bird extinctions in Bolivia, and to accomplish this goal, it works extensively with local communities and other local stakeholders (e.g. SERNAP). Armonía manages a number of private and community reserves that are key for the most threatened birds of Bolivia (e.g., Blue-throated Macaw, Red-fronted Macaw, Palkachupa Cotinga and Tucuman Amazon). Armonía has been at the forefront of the campaign against illegal parrot trade and developed education and awareness programs in the country.
Learn more from their website at http://armoniabolivia.org/

6)    Asociación para la Conservación de la Cuenca Amazónica (ACCA) - From the Andes to the Amazon: Conserving the headwaters of the World's greatest watershed

Conservación Amazónica - ACCA, with headquarters in Peru, have also joined NatureServe Network. This active research-oriented NGO, integrates science and innovations with a strong team of professionals to achieve its mission: conservation of the extremely biodiverse Peruvian Andes – Amazon region. ACCA works closely with multiple government entities, nonprofit peers, local universities, and other partners to protect one of the most diverse regions in the planet.
Learn more from their websites at www.acca.org.pe/ 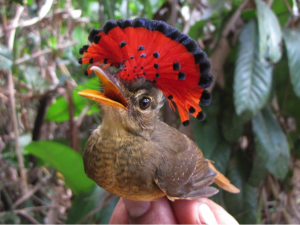 Asociación para la Conservación e Investigación de Ecosistemas Andino Amazónicos, a Bolivian NGO that believes in strategic alliances with local actors as a way to achieve its mission: promote the conservation of one of the most biologically diverse regions in the planet. ACEAA team of biologists and other conservation specialists combine in-situ biodiversity observations with remotely sensed data to test several biogeographic hypotheses from the Andes to the Amazon in the country. This active NGO provides critical information about biodiversity to better inform the decision-making process in the Bolivian Amazon.
Learn more from their website at: www.conservacionamazonica.org.bo/

PROMETA is one of the largest non-profit organization in Bolivia. For over 25 years, it has contributed to the conservation of biodiversity through the establishment of more than fifteen protected areas, promoting, strengthening, and supporting the participation of local communities. PROMETA, in partnership with Chester zoo and WildCRU (Oxford University) conservation fellow Dr. Ximena Velez-Liendo winner of the prestigious Whitley Award, also known as the Oscar in Biodiversity Conservation, are working to save the Andean bear in the country.
Learn more from their website at: http://prometa.org.bo/en/home/

Lori Scott, NatureServe Interim President and CEO, states, “Joining forces with these eight organizations will strengthen the existing relationships among our Network organizations in Latin America, Canada, and the United States, opening the doors for greater opportunities to share data, create innovative tools, and increase funding opportunities to advance our shared conservation goals."

About NatureServe
NatureServe is an international non-profit biodiversity conservation organization comprised of 86 Network Programs encompassing more than 800 biodiversity scientists who discover, innovate, and conserve over 70,000 species and 7,000 habitats in the Western Hemisphere. The NatureServe Network collects accurate, real-time data about imperiled species and entire ecosystems, transforms the data into knowledge products and visualizations, and provides meaning through expert analyses to guide decision-making, implement action, and enhance conservation outcomes. NatureServe diligently keeps its finger on the pulse of the planet, providing decision-quality knowledge to ensure the preservation of species and natural communities. Website: www.natureserve.org