Ring Around the Tegu's Leg | NatureServe 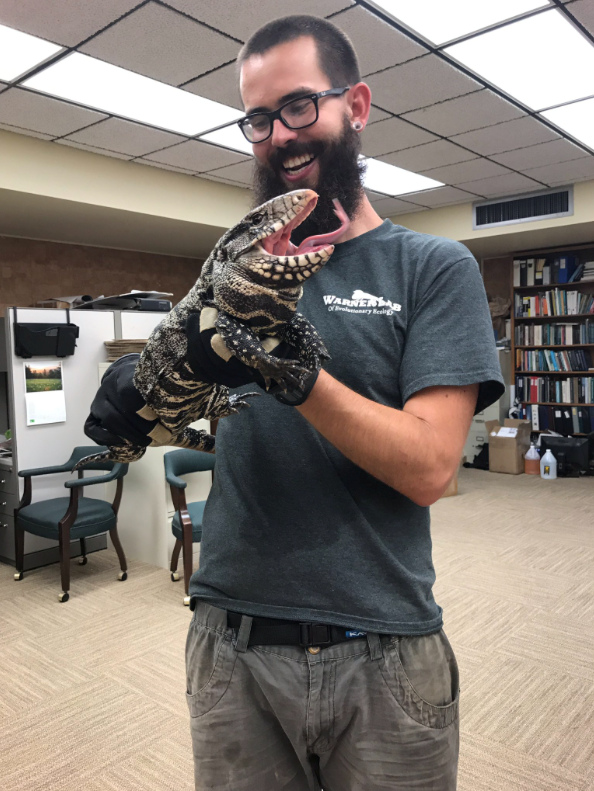 If you happen to visit the Alabama Natural Heritage Program (ALNHP), a NatureServe Network Program located at Auburn University and associated with the Auburn University Museum of Natural History, you will likely find Sara Piccolomini in a lab with Auburn professor David Steen, Ph.D., her thesis advisor, surrounded by bags of frozen lizard legs. Never fear! Sara, a Master’s of Science graduate student, is generating information that will help determine the best removal strategy for one of Southern Florida’s biggest invasive species, and she is doing it in a unique way.
The Black and white Tegu (Salvator merianae) is a popular American pet. The problem is that the adorable lizards that are often bought as small hatchlings, usually between 8-10 inches, quickly grow up to 4 ft (1.2m) long and weigh close to 10 lbs (4.5kg). It is suspected that the tegus found in Florida are the result of their release as unwanted pets into the wild. Four times larger than any Floridian lizard, the tegu’s overwhelming size makes it a huge predator of native species. The negative environmental impacts that are being caused by the tegus are significant. So, what does one do when they have a large group of massive lizards running around, but very little time and resources to eradicate them? They turn to scientists like Sara Piccolomini and Professor Steen!
Determining the age distribution of the introduced population is the critical first step in reducing and removing an invasive species population. Sara and David use a technique called Skeletochronology on the legs of euthanized tegus collected in Southern Florida. They count the growth rings in these skeletal remains to determine the demography, or age range, of the introduced tegu population. This technique is very similar to counting the rings of a tree. Knowing the demography, and sex ratio of the invasive population informs decisions about cost effective removal strategies needed to reduce populations. 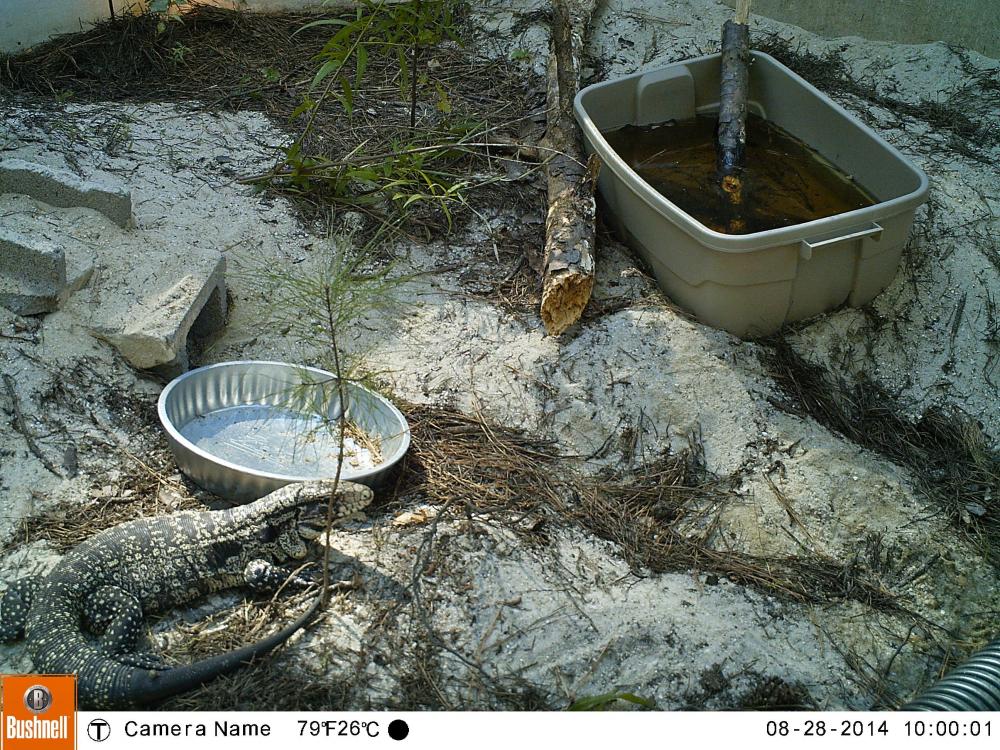 The control and removal of these large lizards help ensure native Florida species have the chance to not only survive, but flourish in their native habitats without fear of non-native predator lizards. This demographic study is funded through a grant provided by the Florida Fish and Wildlife Conservation Commission (FWC). From Florida to California, from Canada to Colombia, scientists like Sara and Professor Steen share innovative ideas across the international NatureServe Network that result in conservation success.