Using Science to Save the Colorado River Delta | NatureServe 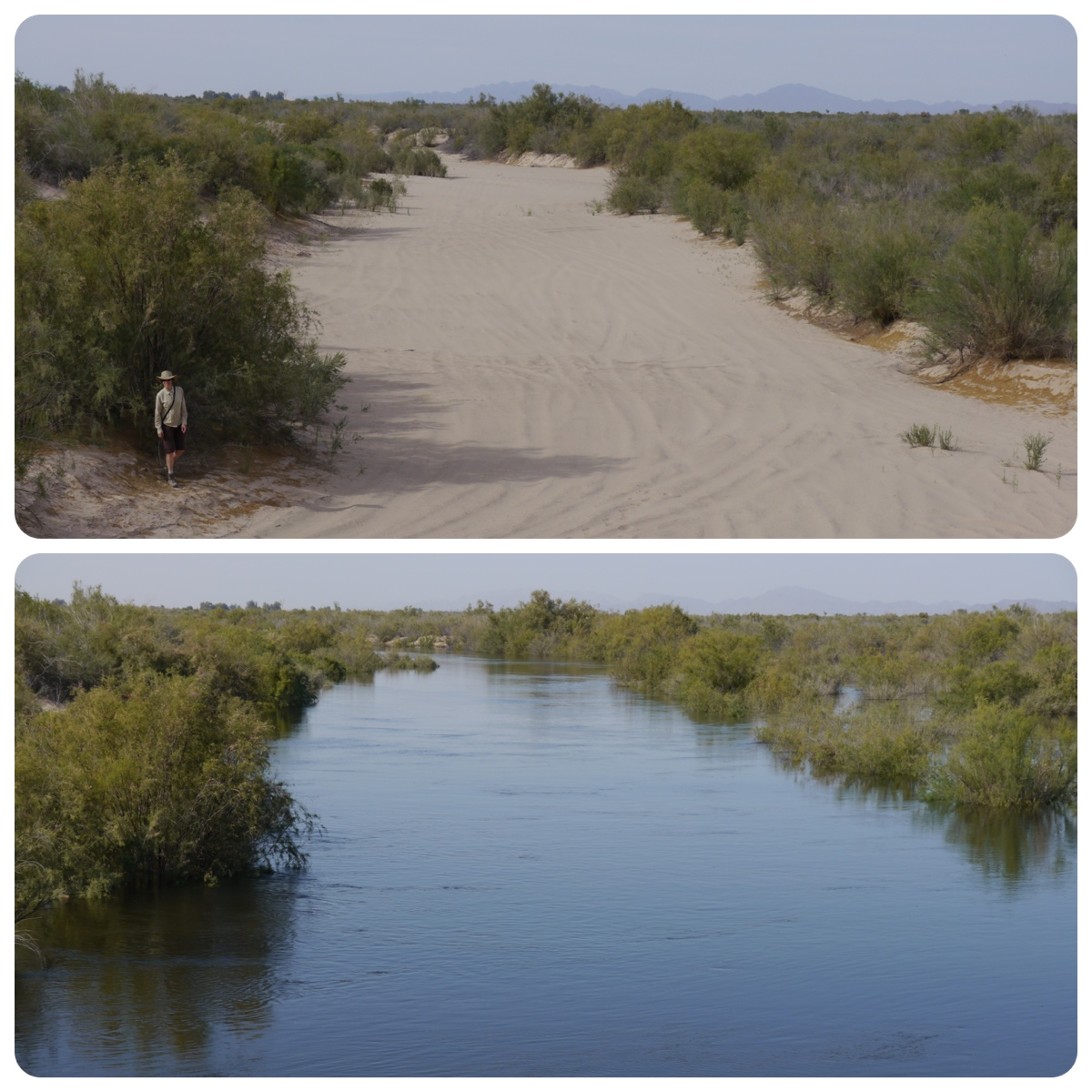 At one time, the Colorado River Delta comprised over two million acres of thriving wetlands and waterways extending from the southwestern tip of the U.S. to Mexico’s Gulf of California. Once a lush region teeming with plant, bird and marine life, the river delta defined the American West.

But in the last half century, the imbalance between the human needs all over the basin and the natural output of the delta has reduced the river to a weak trickle. Not only has the lack of water displaced longtime natives of the area, but the biodiversity of the U.S.-Mexican border has been put in jeopardy.

The situation was critical: The river delta had become a dry riverbed, completely void of plant and animal life. But fortunately, people including NatureServe Network scientists have been working together to help restore the river’s flow and reconnect it to the Gulf.

“We began the process with the goal of understanding this system, to create science-based knowledge to develop the restoration objectives. This included generating the vegetation and wildlife inventories and the research to understand the relationships between hydrology (water flows) and the health of the ecosystem. The science process has been critical to understand the socio-political drivers in the water system in the region, in order to develop sound strategies for restoration,” said Osvel Hinojosa, a member of NatureServe’s Network program, Pronatura Noroeste, in Northwest Mexico.

Hinojosa and Pronatura Noroeste teamed up with Sonoran Institute, EDF and TNC to establish the Colorado River Delta Water Trust, the first water trust dedicated to acquiring and leasing water for environmental use. Through this partnership of NGOs, the Trust became the mechanism by which water could be secured and dedicated to the Delta region.

Thanks to the binational Conservation Priorities Report, a collection of scientific data gathered from the delta region, the NGO´s in the region had a much clearer understanding of the areas that needed to be targeted in order to restore the delta.

“The report allowed us to see where the opportunities were to begin the restoration process and move towards our goals,” Hinojosa said.

The biggest challenge for the Water Trust, according to Hinojosa, was being able to acquire and manage water to restore the habitat on a significant scale. “We needed to be able to develop a strategy that was effective given the current conditions in the basin. Bringing different stakeholders and water users on board was complicated.”

A major restoration couldn’t have been possible without the help of the two governments.

Help came through by way of a monumental agreement known as Minute 319 between the U.S. and Mexico which helped define how the two countries shared the Colorado River water. Under the agreement, the Colorado River Delta Water Trust was required to secure one-third of the total water allocated to the Colorado River while the two governments contributed the remaining two-thirds.

Under the Minute, the two countries worked together to create a Pulse Flow, an environmental experiment by which water was released into the delta. Designed to mimic a natural flow created by a large rainfall or snowmelt, the pulse flow, initiated a steady flow over a 100-mile stretch which had rarely seen water since 1960.

While they have seen much success in restoring the Colorado River Delta, this is an ongoing project.

According to Hinojosa, the longstanding goal of our partnership of scientists and environmental organizations is to achieve a healthy landscape-scale network of hydrologically functional and adaptively managed conservation sites and corridors where animal and plant life can thrive.