On Guard for Them: Species of Global Conservation Concern in Canada | NatureServe

This report spotlights the native plants and wildlife most at risk of being lost to extinction in Canada . The report was prepared by NatureServe Canada and provincial and territorial Conservation Data Centres, and was supported by partner organizations, including Parks Canada and the Nature Conservancy of Canada (NCC). The report presents findings on the global conservation status of 13 groups of species — from mammals, birds, reptiles, turtles and amphibians to freshwater mussels and flowering plants. The report assigns a global conservation ranking that ranges from presumed extinct to secure. 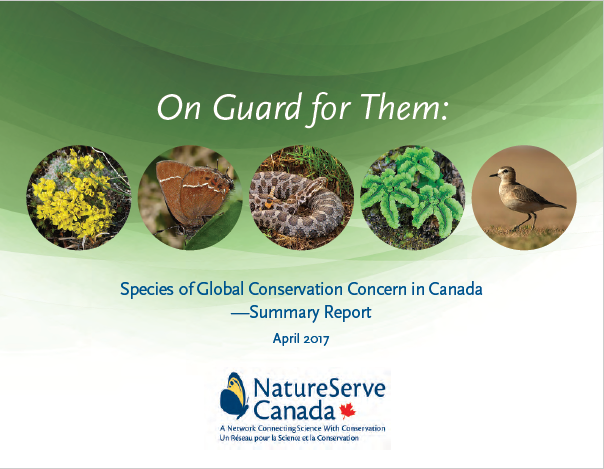