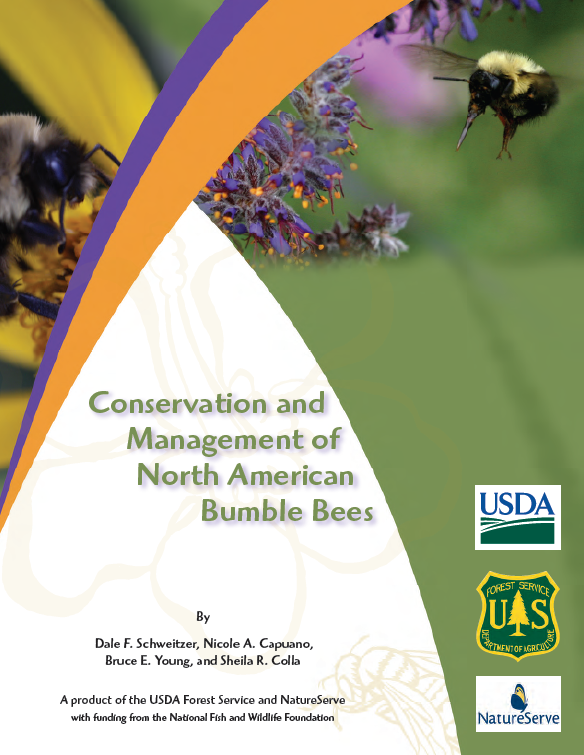 This document provides a brief overview of the diversity, natural history, conservation status, and management of North American bumble bees, genus Bombus. The spring to late summer period of colony founding, build-up, and production of reproductive individuals, followed by the overwintering of new queens provide the natural history basis for management considerations of the approximately 46 North American species. Currently, most bumble bee species are not threatened or documented as declining except in areas of intensive agriculture. Eight species from three subgenera, however, have declined drastically during the last 15 to 20 years. These include three species that are obligate parasites on other declining species. The pathogen spillover hypothesis, which proposes that diseases from infected commercial colonies imported from Europe are infecting native populations of closely related species, may explain the sharp declines of most species. Other threats to bumble bees include climate change, loss of nesting and foraging habitats and pesticide use.