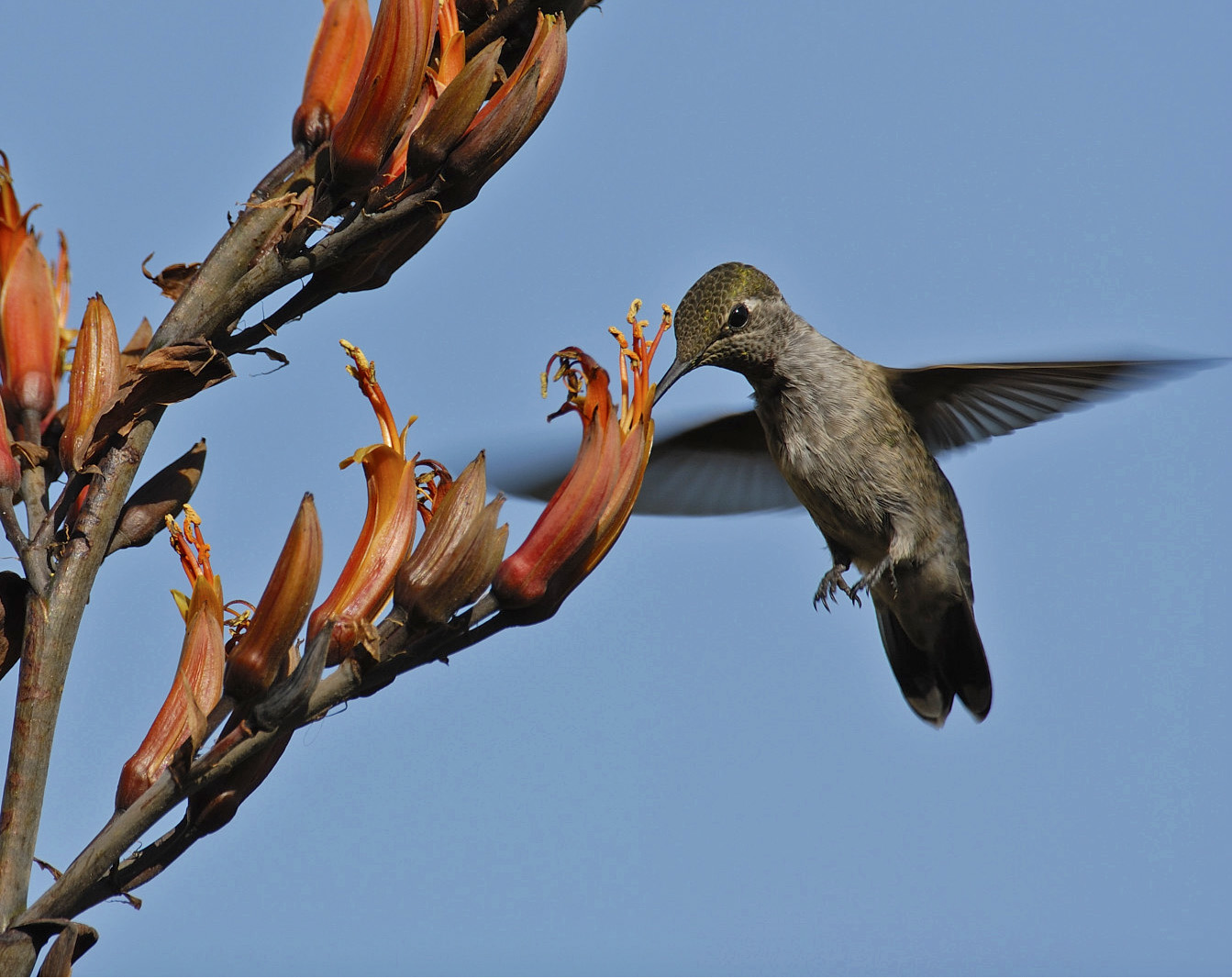 The U.S. Geological Survey asked NatureServe to develop detailed range maps of five pollinator species. We selected species based on the following criteria: must be a true pollinator (some species visit flowers but often do not pollinate), has a wide distribution, pollinates a broad range of plants, is not domesticated, is representative geographically and taxonomically, and is well known.

The digital distribution maps present a detailed view of the past and present distribution of each species. The maps allow users to use GIS software to examine the distributional relationship between pollinators and various native and cultivated plants.

The maps cover five species, including one bird and four insects:

Anna’s hummingbirds are important pollinators of the west coast, currently ranging from southeastern Alaska south to northwestern Mexico. They are known to pollinate gooseberry, monkey-flower, penstemon, and fuchsia. Some populations are migratory while others are sedentary. The range has expanded dramatically northward over the past century. For example, the northern extent of the range in 1930 was San Francisco.

These well known butterflies are important pollinators throughout most of the eastern United States and a portion of southern Canada. They can be found almost anywhere, but primary breeding habitats are deciduous or mixed forests, woodlands, and swamps. They visit a wide range of flowers, ranging from milkweeds and thistles to certain native orchids.

These robust moths are important pollinators in the eastern United States and southern Canada. Sphinx moths have been popular with collectors since the 1800s, so we have many historical and recent specimen records. These moths also are often photographed as both adults and larvae in gardens. Both old and recent records suggest that this species remains widespread but occurs mostly in the mountains south of Pennsylvania and from Michigan through northwestern Indiana and the northern prairie region southward through much of Missouri. Hermit sphinxes are a documented pollinator of the endangered orchid Platanthera leucophaea. Platanthera orchids appear to require sphinx moths for cross pollination.

Rusty-patched bumble bees are native to the northeastern United States and adjacent southern Canada. These bees formerly were quite common, but more recently they have been found in only a handful of locations, despite substantial field effort. The main cause of the decline is thought to be pathogens/parasites from domesticated bumblebees (Bombus impatiens, B. occidentalis) that were reared in Europe and returned to the USA for greenhouse pollination.

Southeastern blueberry bees inhabit the coastal plain of the United States from southern New England to Florida and Texas. They nest singly or in groups in burrows in sandy soils. These bees are regarded as very effective pollinators of native and cultivated blueberries, the flowers of which release pollen best when subjected to the blueberry bee’s specialized “buzz pollination” behavior.

Financial support for this project was generously provided by the USGS.