Decades in Decline: Orchids of the Catoctin Mountains | NatureServe Skip to main content

Photo by Tim Lumley
Decades in Decline: Orchids of the Catoctin Mountains 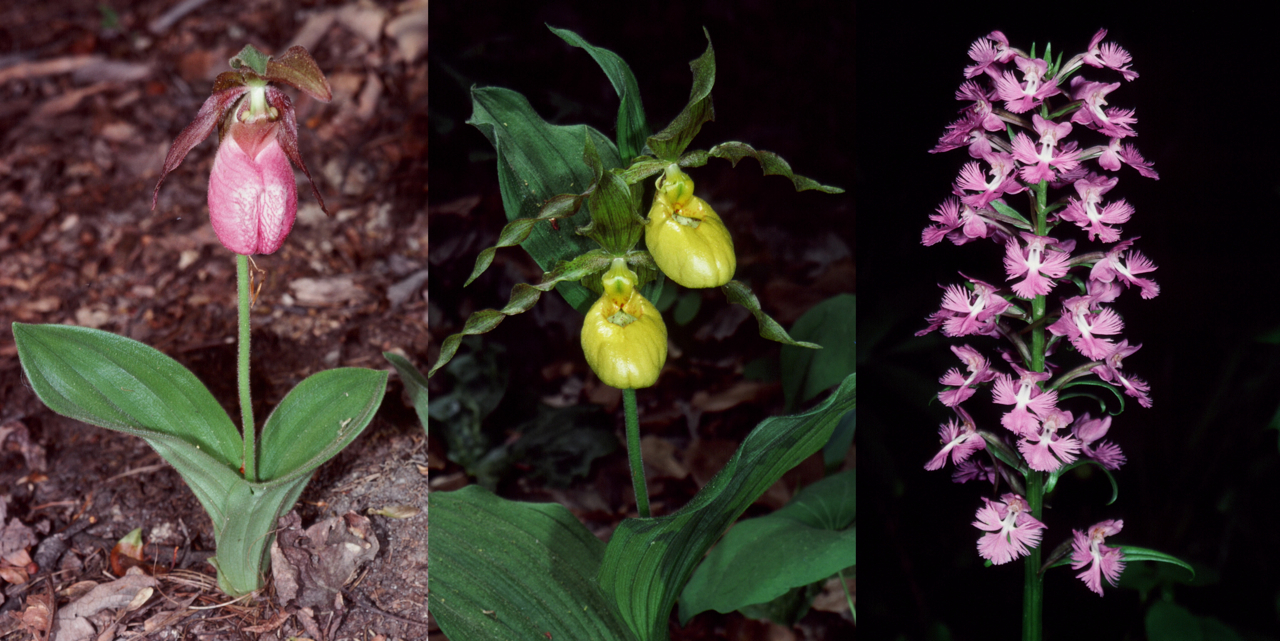 Orchids of the Catoctin Mountains are in dire trouble.

Forty-one years of data gathered in the mountains of Frederick County, Maryland show that 19 of the area’s 21 orchid species suffered precipitous declines. Three orchid species disappeared altogether, seven species fell by more than 90 percent, and another nine species dropped between 51 percent and 87 percent, according to the data, which was drawn from protected and unprotected lands, both private and public. One orchid, Platanthera ciliaris, expanded significantly at a site managed explicitly for its survival, but everywhere else, it fell off at a rate similar to the other orchids.

Maryland has labelled four of these species as threatened or endangered, while another two are considered rare.

The lead culprit behind the orchids’ devastation: the ravenous appetite of white-tailed deer, according to Wesley Knapp, a regional botanist with the Maryland Natural Heritage Program. Knapp—whose specialty is grasses, sages and rushes—joined with state ecologist Richard Wiegand to analyze the data Wiegand collected at 167 sites between 1968 and 2008.

The journal Biodiversity and Conservation published their findings in May—findings neither author had imagined until the 40-year analysis was complete.

“I was really taken back by this data set, and so is almost every ecologist or biologist I’ve shown the data to,” Knapp said. “When I do presentations, I put the data up on the big screen showing these incredible declines, and it’s not uncommon to hear audible gasps from the audience.”

Read coverage by The Baltimore Sun and The Frederick News-Post

Deer populations had been hunted nearly to extinction in the Catoctins, Knapp said, then surged after 1900 thanks to restoration efforts and a gradual drop in the number of hunters. But the story of the deer’s success has also scripted the orchids’ demise.

“We have to do something now to tip the scales in the other direction,” Knapp said. “The conversation we have to have in Maryland is that we can either have all these deer, or we can have a functioning ecosystem filled with all the showy orchids and charismatic plants that are supposed to be there.”

Wiegand has since retired, so to continue the work, Knapp wants to enlist a Maryland college or university to send researchers out into the Catoctins to update the species inventories for subsets of the 167 original sites.

Knapp has hope that additional orchid inventories might show an upward trend, as deer herds have dropped off in recent years.

“But we don’t know for sure, so that’s why I’d love to get this inventory continued into the future,” he said.