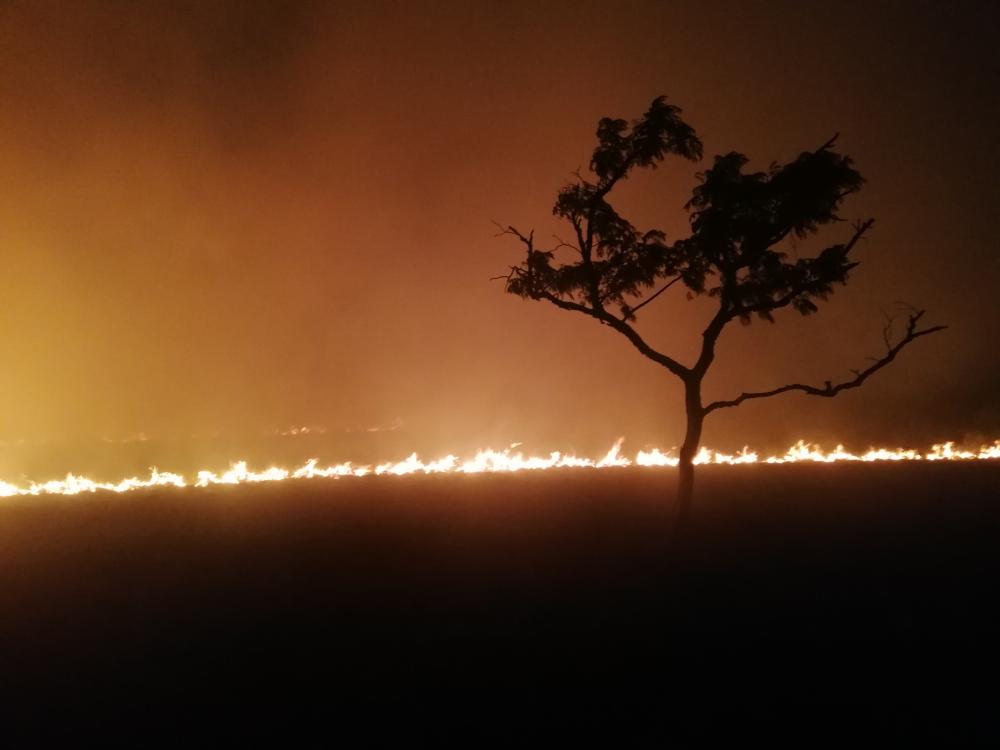 In 2019, unusually severe forest fires raged around the world, destroying natural landscapes and nearby human and wildlife communities in catastrophic blazes. Media reports about record-breaking fires in California, Australia, and the Amazon analyzed the human-induced and natural causes of these events, drawing attention to the negative effects of both climate change and deforestation on ecosystems vital to sustaining biodiversity and humanity.

Less widely reported were the devastating fires that consumed millions of acres of vegetation in Bolivia, a megadiverse country with some of the most extensive tropical forests in the world. NatureServe Network program Fundación Amigos de la Naturaleza (FAN) works in Bolivia to monitor and prevent forest fires and deforestation in some of the world’s most overlooked, biodiversity-rich ecosystems.

Since 2011, FAN has utilized its SATRIFO (Monitoring and Early Alert System for Forest Fire Risks) program to monitor and report on forest fires in Bolivia, providing local stakeholders with information about active fires, imminent risks, and historical trends.

“At FAN, we decided to make our science more relevant to society by providing local communities with interactive maps and reports that are updated daily through a free web-based application, allowing them to make more informed decisions about fire prevention, control, and response,” said Natalia Calderón, Executive Director of FAN.

The SATRIFO program focuses on fire monitoring and prevention, using a combination of remotely sensed data, climate and ecological data, and state-of-the-art statistical models to predict which areas are most prone to fire.

In 2019, FAN reported that an area equivalent to the state of West Virginia (15.8 million acres) burned in Bolivia, nearly double the annual average. Although fires set by humans to clear land for agriculture and manage pasturelands have been common in Bolivia for decades, a perfect storm of factors converged last year to intensify the destruction. Unusually dry conditions resulting from cyclical weather patterns and exacerbated by climate change made large swaths of degraded, vulnerable vegetation into tinderboxes. Recent national policies and high demand from foreign economies incentivized expansion of the agricultural frontier, which increased the use of slash and burn techniques to clear land. In combination, these factors created not just more fires, but hotter, more extensive fires that burned out of control.

The region most affected in 2019 was Santa Cruz, where 65% of Bolivia's burned acreage was concentrated. Santa Cruz is home to the world’s most extensive and best preserved tropical dry forest, the Chiquitania, an ecosystem that supports as much biodiversity as the Amazon but is much less understood. Many of the 4,000 plant and 1,600 animal species known from the Chiquitania are endemic to the region, and scientists are only beginning to understand and identify them.

Over 2 million animals perished in last year’s Chiquitania fires, including endangered maned wolves, big cats like jaguars, ocelots, and pumas, as well as giant anteaters, otters, and armadillos. The damage caused to this unique ecosystem by the 2019 fires highlights the importance of FAN’s work to establish protected areas in Santa Cruz, where activities like cattle ranching, soy farming, and logging are driving deforestation and fires.

Through its community monitoring and fire response program, FAN works with Bolivia’s communities to promote best practices for fire prevention, monitoring, and response. The SATRIFO early alert system disseminates data to communities about imminent fire risks to prevent new fires. Local community leaders use this information to coordinate and plan the controlled burns vital to their agricultural livelihoods in an environmentally responsible way.

FAN’s efforts have not only increased community involvement, engagement, and understanding of fire risks, but have empowered communities to invest in solutions that balance the economic needs of ranchers and farmers with the preservation of Bolivia’s unique biodiversity.

“At NatureServe, we are working to replicate these efforts in other regions by helping FAN share its experience and by building the human capital that will strengthen the network and ensure progress toward a more sustainable world,” said Dr. Miguel Fernandez, Director of NatureServe’s Latin America and Caribbean Programs.

This story is featured in NatureServe's 2019 Annual Report.