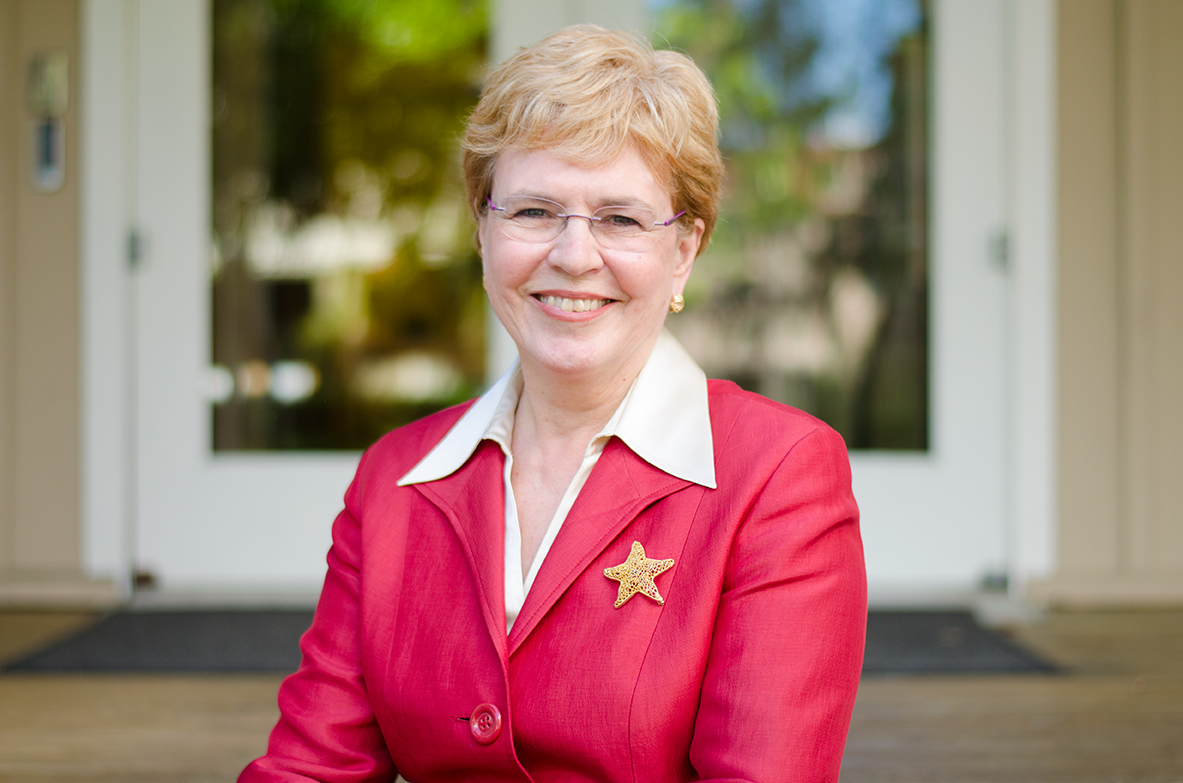 NatureServe is honored to announce the winner of the 2014 NatureServe Conservation Award: Jane Lubchenco, Ph.D., champion of science-based policymaking and a steadfast advocate for empowering scientists with the freedom to communicate unadulterated science to policy makers, the media, and the public.

A decades-long research career cemented her standing as one of the nation’s most prominent marine biologists and culminated in her selection to President Obama’s “science dream team” before he took office. When she took her post in 2009, she became the first woman to lead the U.S. National Oceanic and Atmospheric Administration.

Highlights from her long list of accomplishments include terms as president of the International Council for Science (the first woman to do so), the American Association for the Advancement of Science, the Ecological Society of America, and a member of the National Science Board.

During her four years at NOAA's helm, she vigorously and vocally defended science as the key to responding to the Deepwater Horizon disaster and ending overfishing in U.S. waters and the High Seas, and she steered the agency toward its first Scientific Integrity Policy. That latter accomplishment came amid a broader push in the Obama administration of “returning science to its rightful place” in government, an effort for which she was and remains a leading advocate. The trailblazing policy forbids the suppression, distortion and misuse of science and encourages NOAA scientists to freely engage the public. Lubchenco also helped craft the United States' first National Ocean Policy, which provides a science-based blueprint for managing the country’s oceans, coasts and Great Lakes.

“I’m thrilled and honored to accept the prestigious NatureServe Conservation Award," she said. "It is a fitting tribute to the outstanding team at NOAA who, each and every day, discover new knowledge and use science to serve the American people and be good stewards of our oceans and coasts. Science is fun and fascinating, and although it doesn’t hold all the answers, it can help us make smarter decisions.”

Lubchenco left NOAA in 2013 and returned to Oregon State University, where she and her husband taught prior to her appointment to Obama’s science team. She has also held teaching positions at Harvard, the University of the West Indies, Stanford and other premier research institutions.

“Dr. Lubchenco’s achievements as an ecologist, a pioneer in the scientific community, and a dedicated public servant are an inspiration for people who believe that science is an essential element in the thoughtful stewardship of natural resources,” said Mary Klein, NatureServe president and CEO. “It is an honor for me to present her with this Award for her commitment to these principles, which are shared across the NatureServe network.”

NatureServe will present the award at a reception on April 8, during our Biodiversity Without Borders conference in New Orleans.

The NatureServe Conservation Award has since 2010 honored outstanding individual contributions toward the conservation of biological diversity. The award recognizes lifetime achievements that:

The award's past winners have included some of the most influential minds in conservation science: