Policies addressing the conservation of biodiversity and ecosystem services both need to be informed by scientific evidence about biodiversity and require ongoing generation of this information to continue to be effective. This interplay takes place in both national and international policy arenas. National legislatures and environmental ministries establish and implement environmental policies that both draw from and require the compilation of biodiversity information. Internationally, a growing number of conventions and agreements address biodiversity. Examples include the Convention on Biological Diversity (CBD), the Intergovernmental Science-Policy Platform on Biodiversity and Ecosystem Services (IPBES), the United Nations Forum on Forests (UNFF), the United Nations Framework Convention on Climate Change (UNFCCC), the Convention on International Trade in Endangered Species of Wild Fauna and Flora (CITES), and the Ramsar Convention. Despite these mechanisms, the extent to which biodiversity information successfully informs policies depends in part upon the availability of this information, which in turn is influenced by demand for it by existing policies. 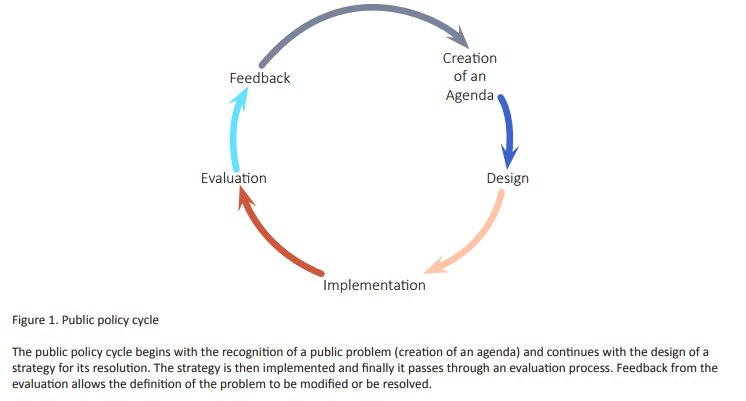 The need to utilize biodiversity information to inform public policy design and implementation is clear and convincing. To facilitate the process, obstacles that interfere with information access and use need to be identified and eliminated, and gaps in technical information need to be filled. The scientific data needed to guide biodiversity policies go well beyond flora and fauna figures or genetic bank registries, to trends in ecosystem extent and condition, and results of prior conservation investments. Obtaining this information requires an understanding of factors controlling its supply and demand, specifically the interactions between researchers as biodiversity data providers and decision makers and mid-level specialists from public agencies as data consumers. The influence of research results over public policy and vice versa is not likely to be linear or causal, nor is it totally rational or systematic. There are times when robustly gathered information effectively contributes to public policy and decision-making processes. However, there are many examples in which the existence of evidence has had no effect on policy or decision-making. Also, public policy will sometimes require new information to be generated, whereas at other times it does not. This project explores the degree to which environmental policies of the Andean countries of Bolivia, Colombia, Ecuador, and Peru affect the generation, type, and use of biodiversity information. The research drew on a conceptual framework of the public policy cycle (Figure 1), and examined documentary analysis and interviews with information generators and users. Although the four countries share geographic proximity, high levels of biodiversity, and limited resources for biodiversity information generation, each nation’s political context is distinct. This comparative analysis of policy and information generation identifies common challenges and solutions to the effective use of scientific evidence in policy design. The findings can help bridge the gap between public policy information needs and its availability in the four countries.