This assessment ranks the relative climate change vulnerability of 185 animal and plant species in West Virginia. Most species were selected based on their status as Species of Greatest Conservation Need within the West Virginia Wildlife Conservation Action Plan. Among the species identified in the state plan, priority was given to globally vulnerable or imperiled species identified by NatureServe (G1-G3), and selected species that are critically imperiled at the state level (S1). A small number of more common species were assessed. 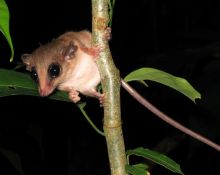