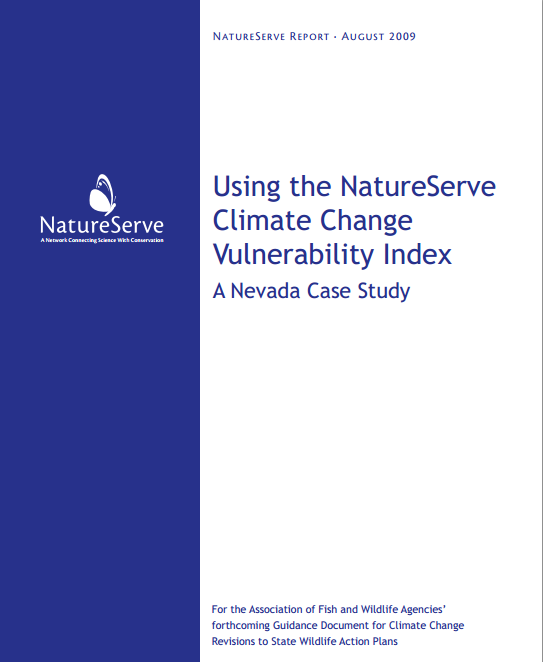 We applied the NatureServe Climate Change Vulnerability Index to a selection of test species from Nevada where the CCVI is being used in support of efforts to modify its State Wildlife Action Plan (SWAP) to incorporate climate change.

​Nevada’s SWAP was approved in 2006, and although it identified climate change as a stressor to key habitats and species of conservation concern in a few specific areas, it did not address the degree of vulnerability each species may face due to a warming climate. With climate change dominating the environmental agenda, Nevada amended its SWAP to incorporate the potential effects of climate change in more detail. The Nevada Department of Wildlife, The Nature Conservancy, Nevada Natural Heritage Program, Lahontan Audubon Society, and Great Basin Bird Observatory formed a partnership to complete the amendment. The initial focus was on assessing the vulnerability of Nevada’s 263 Conservation Priority species, with the hopes of expanding the application of the Index to plants and other Nevada species.

Those test species in this report are: