Unlocking the Power of Science to Guide Biodiversity Conservation

The pandemic has forced all of us to seek new ways to connect with one another. Now, more than ever, we’re looking to tell stories that bring us together. The NatureServe Network Van Tour is an expedition that creatively highlights how we use that information to sustain biodiversity through technology, collaborative science, and local expertise.

Check out the StoryMap blog for updates on Sean's journey, and follow NatureServe on social media to get real-time updates from the road!

In this month's episode of Conservation Conversations, Sean speaks with Justin Cummings, the founding director of the UCSC Doris Duke Conservation Scholars Program and former mayor of the City of Santa Cruz. Justin shares how he united his background in science and policy role to create positive change for his home, and how citizens of any background can get involved in conservation. 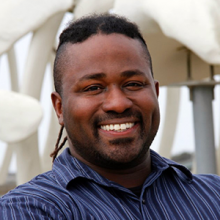 2021 was a year of new beginnings for NatureServe, from a new logo, to a strategic plan for the next four years, to the start of an expedition across the NatureServe Network. NatureServe's 2021 Annual Report is available online now, plus explore our map of at-risk species in the US and Canada. 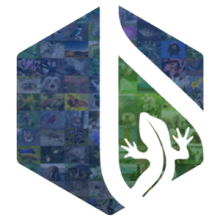 Conservation efforts for other animals have likely helped protect many reptile species, according to a new study led by NatureServe, the International Union for Conservation of Nature (IUCN), and Conservation International. The study, published in the journal Nature, presents an analysis of the first comprehensive extinction risk assessment for reptiles on The IUCN Red List of Threatened Species™, which found that at least 21% of all reptile species globally are threatened with extinction. 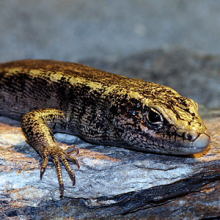 How much do you know about biodiversity? This colorful StoryMap highlights unique examples of the biodiversity in North America and outlines the importance of biodiversity in our everyday lives. Whether you’re an expert on biodiversity or are brand new to the term, this StoryMap will help you expand your knowledge. 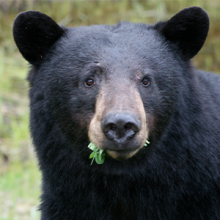 The connection between biodiversity and public health is more apparent than ever. Reflecting on the countless benefits that healthy ecosystems and rich biodiversity provide us, take action today to protect their future.

By making an automatic gift each month, our sustaining donors ensure that NatureServe is consistently growing its far-reaching efforts to preserve biodiversity—every day of the year.

Now you can become a biodiversity champion and adopt a native plant or animal. In addition to being recognized on your chosen species' page on NatureServe Explorer, you will be supporting the expert staff at NatureServe who ensure that critical data on the taxonomy, distribution, and conservation status of species and ecosystems are accurate and available to conservation decision-makers.

When you include NatureServe in your estate plans, you play a key role in ensuring that the plants, animals, and places you care about will be enjoyed by future generations. As part of our Heritage Circle, your investment in NatureServe is an investment in the future of biodiversity.

NatureServe is a nonprofit, tax-exempt charitable organization under Section 501(c)(3) of the Internal Revenue Code. Donations are tax-deductible as allowed by law.