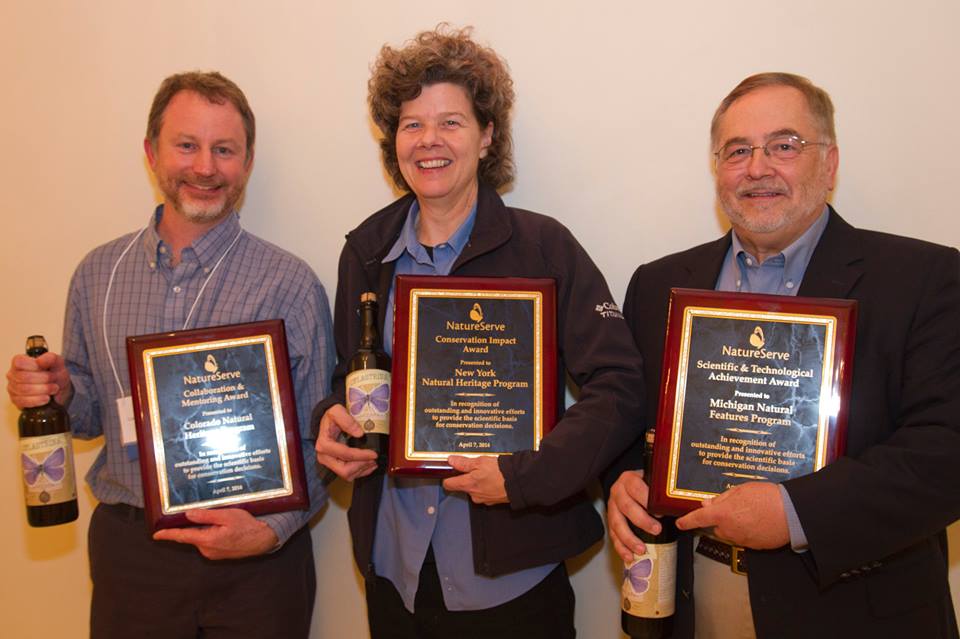 Lessons from inside the Beltway

Conservation scientists must become compelling story-tellers and forge relationships that transcend political gridlock. That was the message Dr. Jane Lubchenco shared as she accepted the 2014 NatureServe Conservation Award in April, becoming the fifth recipient of the annual honor.

Creativity at work (and play)

In one of the most creative endeavors the NatureServe network has seen, the Colorado Natural Heritage Program partnered with Odell Brewing Company to create the Celastrina Saison line of beer, the proceeds of which are helping protect the hops blue butterfly, an imperiled species. This is one example of the efforts that earned the Colorado program the 2014 NatureServe Collaboration and Mentoring Award.

Ground-breaking work on bats and windmills

As the Great Lakes braces for a boom in wind energy, the Michigan Natural Features Inventory (MNFI) is shedding light on the impacts of wind turbines on bat and bird species. The migration analyses and acoustic monitoring of echolocation activity has led to some first-of-its-kind findings that helped earn MNFI the 2014 Award for Scientific and Technical Achievement.

With its consistent and cutting-edge work on invasive species and distribution modeling, the New York Natural Heritage Program (NYNHP) earned the 2014 Conservation Impact Award. NYNHP helped develop iMapInvasives, an online tool to manage data on invasive species such as the giant hogweed and the emerald ash borer. NYNHP has also been at the forefront of distribution modeling that predicts the whereabouts of endangered species.